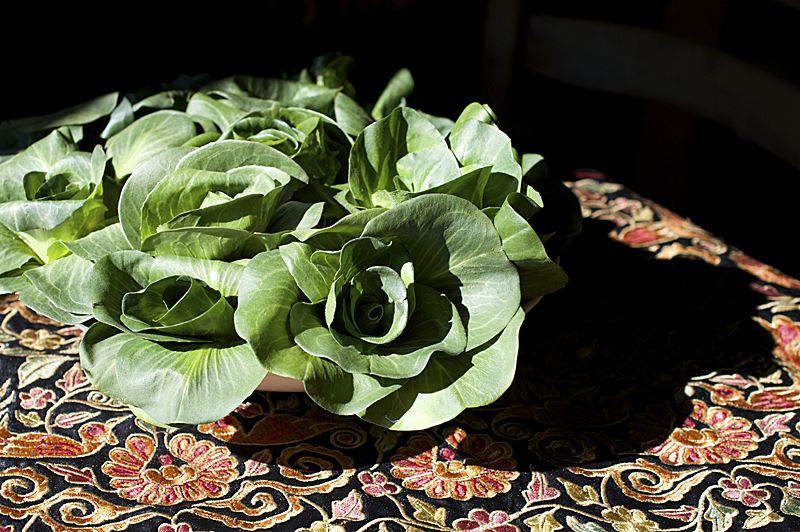 An impromptu photo session with these cicorino verde "blossoms" coincided well with this month's ROY G BIV color: green. Looking to try something fresh & spring-like, I had chosen them as part of my latest grocery delivery, but wasn't quite sure what form the greens would take since there are so many varieties. I was delighted by what I found; nestled together were more than a dozen green "roses"...so out came the camera, before I even thought about how we'd be eating them... 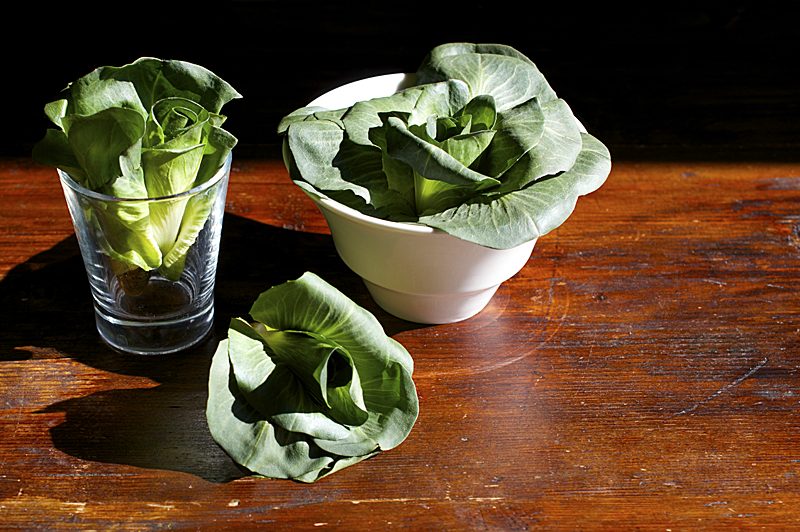 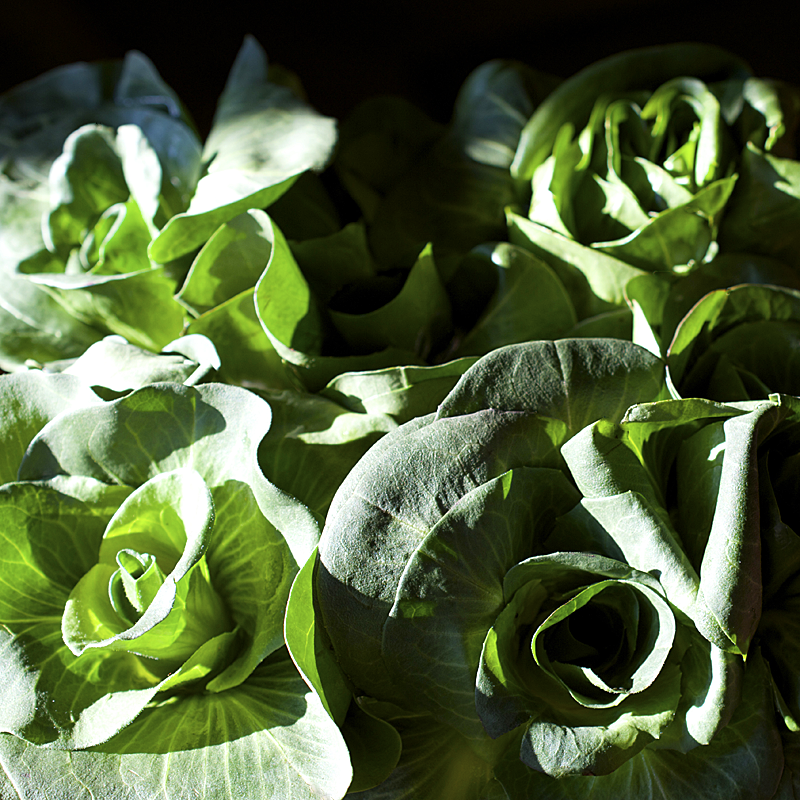 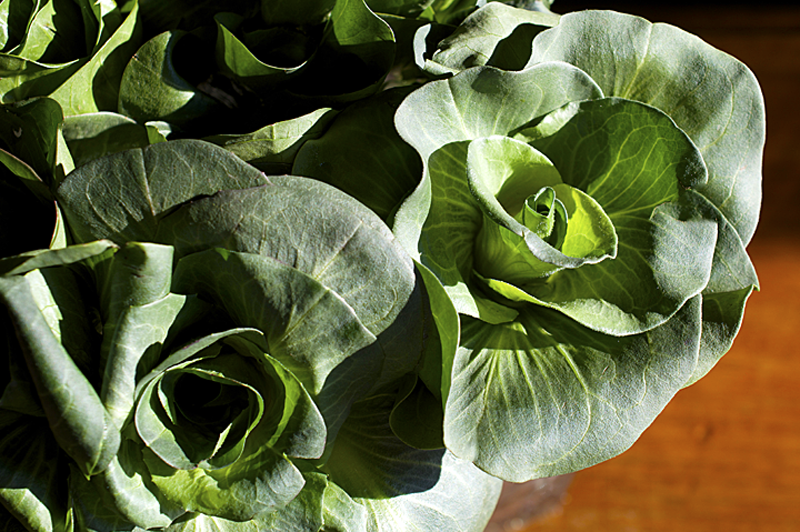 Now I'm curious to visit Florence's rose garden to see if the roses there have started blooming...with the above-twenty (Celsius) temps we've had lately, I wouldn't be surprised!

Wishing you all happy surprises in your kitchens & gardens...

A few details in case you are not familiar with the ROY G BIV photo challenge... Artists Jennifer Coyne Qudeen & Julie Booth started this project a few years ago. Each month is devoted  to a different color of the rainbow, and once we explore
all of these we will move on to other colors later in the year. Everyone is welcome to join in the search. Please visit Jennifer & Julie's blogs for links
to each month's participants. Guidelines are here. 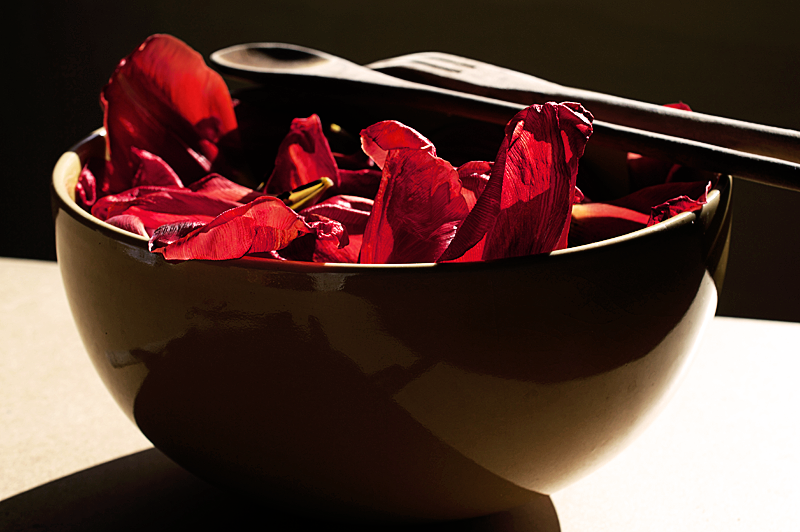 As I began putting together this post last weekend it occurred to me that it might be fun to save it for April Fool's Day...the so-called "orange" tulips have certainly ignited the kind of lighthearted play that you might encounter on the first of April. To begin with, you may have noticed that the tulips throughout this post are not orange, as suggested by the title, but actually red.

When I brought them home from the plant market, however, the emergent flowers were distinctly orange. Over the next few days, though, as the tulips blossomed into a tumbling mass, the bright orange deepened to a rich red. But by the time we got some sun and I finally had a chance to photograph them, the petals were shamelessly falling from the stems. Even though my photographic plans to capture the vase of tulips didn't turn out how I'd hoped, I couldn't resist having a little fun with what remained of them.

Which is how the tulip petal "salad" shown in the first photo came about. The blouse-y petals were so luxurious and colorful that I couldn't resist framing them in our big yellow bowl——and then "serving" them up on a plate (which is how I presented them to my daughter as a joke one lunchtime).

But it turns out the joke is on me. I got to thinking...maybe tulip petals are actually edible? And, indeed, I discovered some very interesting notes on the history of tulip edibility at Eat the Weeds... And this article from The Guardian offers enough detail aimed at the modern cook that I might consider including a tulip petal salad on the menu some day. 
Another good thing about the disintegration of the tulips was that it inspired me to examine the individual parts that make up a tulip. And my subsequent researching & experimenting led to a bit of a biology refresher... Some of you may remember that the anther + filament = the stamen (male reproductive organ)...and that the female equivalent, called the carpel, is composed of a stigma that's supported by a style, which also allows the pollen passage to the ovary. A few of these words still sound familiar to me, but the full "equations" have certainly become fuzzy since the last time I studied biology.

I also found some new ways of considering tulips, like the carpel bouquet below, which emerged once the petals had fallen... While at the complete opposite end of the spectrum from the vase of full-blown tulips, I was equally drawn to the simplicity of what was left behind. And I discovered that one stem bore a combination leaf-petal (seen in the glass measuring container, below, as well as in the story strips toward the end of the post). 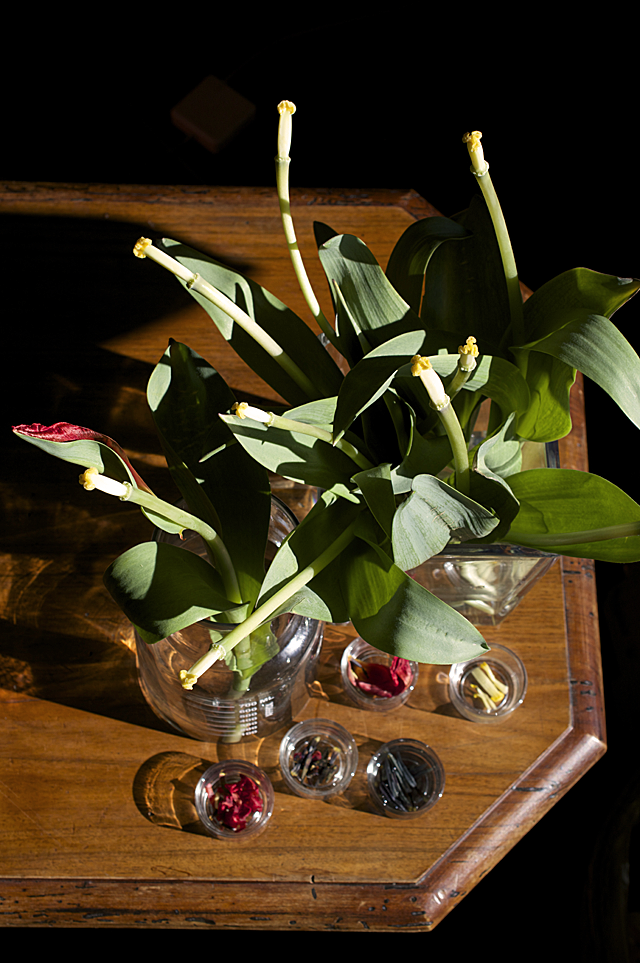 While studying the gorgeous, deeply purple stamens I was inspired to see what happened when I immersed a few in a scant amount of water: it didn't take long for the liquid to turn a lovely shade of violet (which reminded me of a purple-tinged indigo somehow). By the following day, instead of growing more intense, both the "ink" and the anthers/filaments themselves had lost much of their pigment, and the resulting wash was essentially a pale gray. This is one "experiment" I would like to repeat properly now that I know the color undergoes such an evolution...


It has been a while since I created some story strips, so I tried a double-page spread of stems & carpels (+ the combo leaf-petal), with the fuzzy yellow stigmas as punctuation. Unfortunately I've had to wait yet a few more days in order to photograph them with help from the sun, so the stems are on the verge of shriveling. The stamens would have also made a useful "component," but they are now beyond salvageable. Another future experiment perhaps... 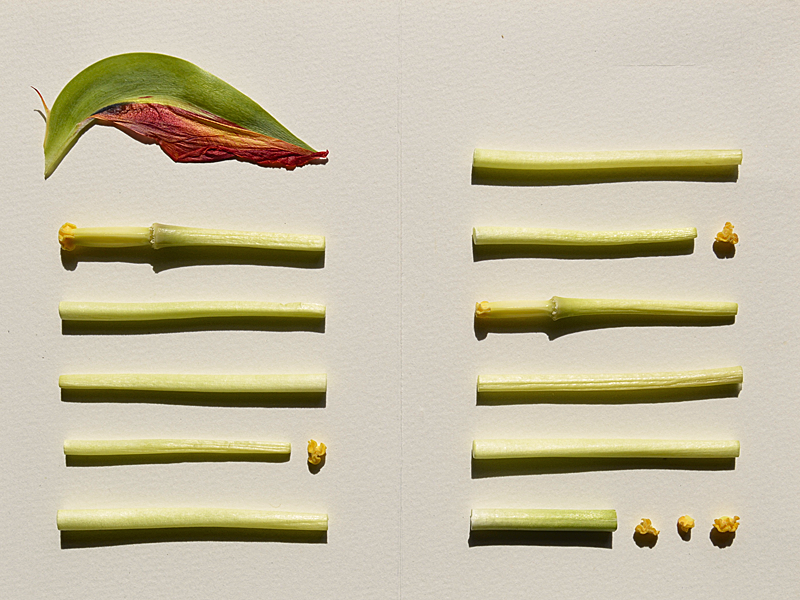 To finish, here's one more shot of the tulip petal salad that brought me so much delight and led me on this playful path... 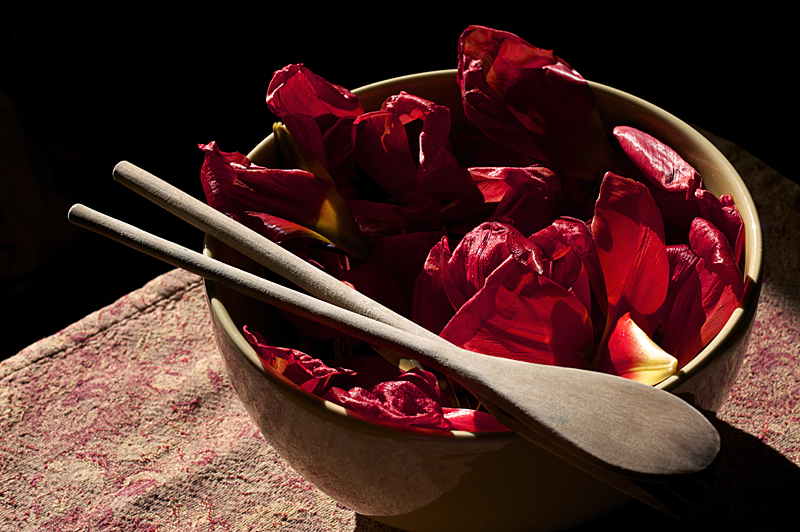 Happy April to everyone!