The color of frustration (!) 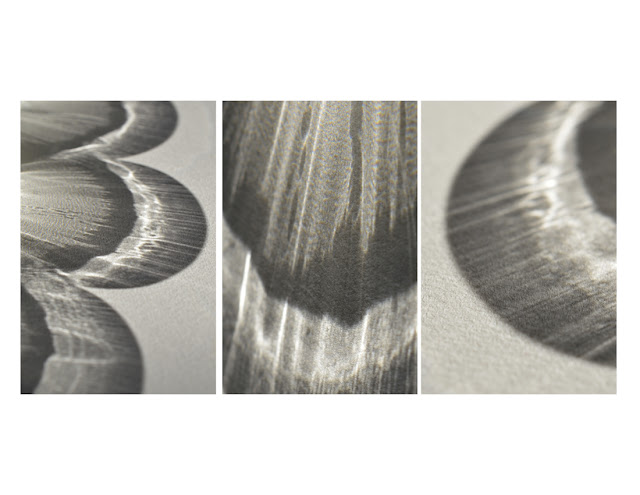 Don't get me wrong...I love a strong, slightly warm charcoal-y gray (sewing an entire wardrobe's-worth of clothes from a bolt of charcoal wool is a dream of mine)...but the gray skies & lack of light lately seem to be conspiring to drive me crazy when it comes to photo-taking. White becomes gray, warm whites come out cool, and the usual gorgeous, rich shadows are nowhere to be found; everything seems dull to me without the sunshine. And just when I finally started instagram-ing!

I could have simply pointed the camera at the sky at any given moment this week and ended up with a vast collection of images for this month's installation of the ROY G BIV photo challenge, but decided instead to take a journey through my photo archive. The first trio shows the light-play/shadows of glass tealight holders on a nicely textured paper...I liked how the resulting marks almost could have been created with a water-soluble pencil or paints.

The next trio features the Venetian lagoon on a sun-less day. The overcast sky created a distinctly gray effect/feeling; yet, compared with a "standard" gray, you can make out shades of blue, green & various neutrals mixed up in there. I suppose it's actually quite rare that a color is indeed pure, i.e. unaffected by the influence of its surroundings. And of course our different computer screens further impact how we interpret colors... 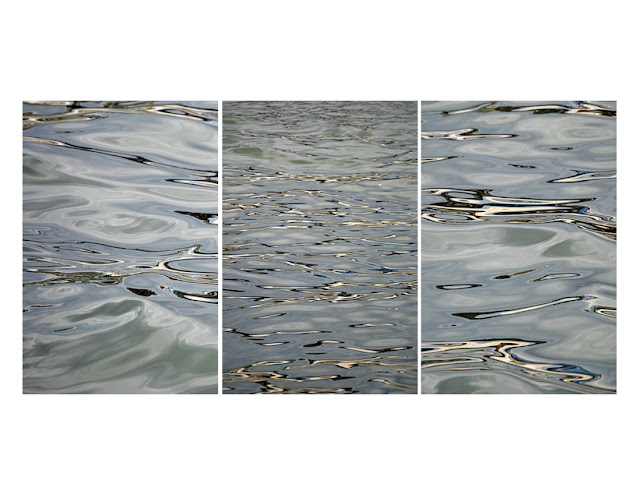 This last trio is of the paving stones in Piazza Pitti, just after a storm. There are few things more glorious (in my opinion) than the moment the sun emerges after a rainstorm, when shadows return and the city is clean & refreshed. 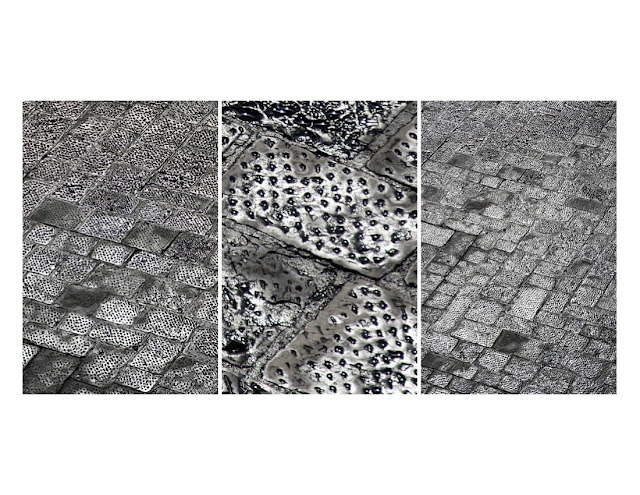 A few details in case you are not familiar with the
ROY G BIV  photo challenge ~ Artists Jennifer Coyne Qudeen
& Julie Booth started this project a few years ago; each month
is devoted  to a different color of the rainbow. Since we have
already explored the seven "official" colors, we will spend the
rest of the some bonus colors. Everyone is welcome to join in
the search. Please visit Jennifer & Julie's blogs for links
to each month's participants. Guidelines are here. 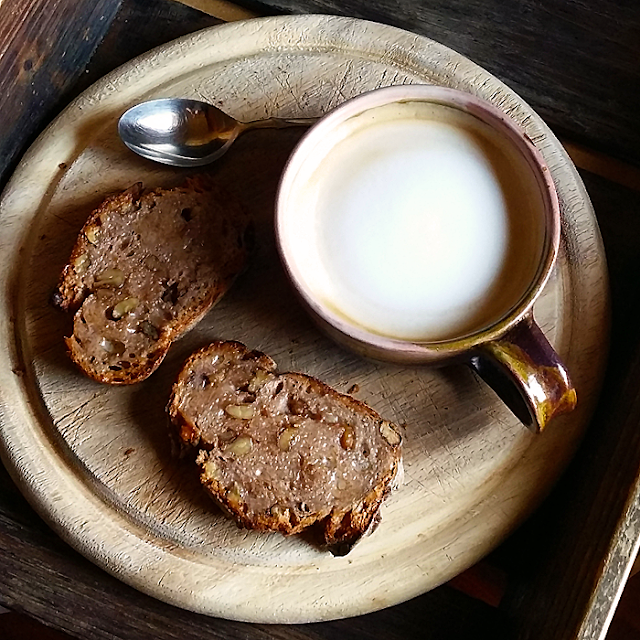 As I first started putting together this post one day last week I quickly made a note to follow up on later: "the difference between morning & evening." The first image was taken early in the day——a period when I normally do not even turn on my camera because there's no natural light in the apartment then——but the warm neutrals of the cappuccino & walnut toast on the wooden chopping board inspired me to record this peaceful moment of my morning.

Later in the day I photographed some plums in honor of a friend's birthday (below), and found the contrast between the morning/evening light & colors to be astonishing! I realized that the two snapshots did a good job capturing the difference between how I feel first thing versus later in the day. While my mornings tend to be quiet——more measured & contemplative——late afternoon & evening are when I seem to be in my element. I've actually always wondered if your favorite (or most "comfortable") part of the day is destined to be the time of your birth. Mine is recorded as 16:32, and I truly do feel most productive/inspired/hopeful/content around then (though, often, there's also a feeling of surprise that the hours have passed so quickly!). 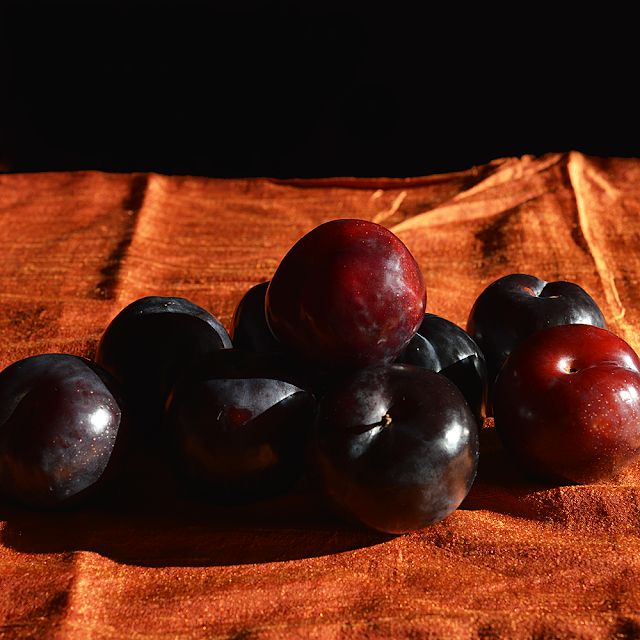 This contrast-between-morning-&-evening concept feels particularly tangible to me at the moment, albeit on another level. As the minor injuries from a rather terrifying car accident I was in last week continue to heal, my mind keeps drifting to the "perfect" morning my parents & I were having as we made our way to their car on the outskirts of Florence. We managed to catch the bus before the public transportation strike began, stopped for a coffee at a lovely "bar," made a few purchases at the daily market in the piazza...

But barely ten minutes into our drive we entered a tunnel where a four-car crash injured eleven of us (some very seriously, though my parents & I were extremely fortunate). The sunshiny morning that began so well & easily, so full of plans, was instead spent in the darkness of the tunnel, waiting among the wreckage for ambulances that finally whisked us to an afternoon passed in the pronto soccorso. Not at all what we could have imagined or hoped for as we set out earlier. And yet, a complete 180 to the day seems so minor when you realize how lucky you are simply to be alive. It's amazing the "distance" that can be traveled from one end of the day to another, whether measured by sunshine or on a physical/emotional/mental level. Sometimes all of the above!

It has been a while since I imported a post from
my original blog, but the return of plum season——and
wool slipper "season"——made me think of an entry that
I wrote on the first day of October, way back in 2009.
Crazy how so many of the same little things repeat,

year in, year out, holding the years together.
{You can find it here.}