Cubes have been more or less taking over the studio during the last several months—they are giving form to my second A Letter a Week alphabet and my Book Art Object edition, as well as guiding the design of a couple of items in the works for my shop. So, I decided to continue my exploration for the 'INDIGO' challenge by creating a series of four cubes, with faces each seven-centimeters square. A couple of the sides are composed of a single image that's been divided into four, while others are distinct but harmonize with others through theme, material or technique.

This project saw a general unfolding over a period of several days, and some of the steps are visible in the photos below. A few things still remain to be finished, but I finally got the cubes scored/cut/folded last week. Unfortunately we've lost the lovely light we had mid-October, but the weather doesn't seem to be getting any better... So, on this cold, grey, rainy Halloween—brightened only by our jack o' lantern and the brigade of my daughter's friends (who came over to prepare themselves to go out and scare everyone who sees them tonight with their creative use of paint, makeup, fake tattoos & hairspray)—I have decided to get this post finished up using the photos I took last week...

A brief inventory of the cube faces: 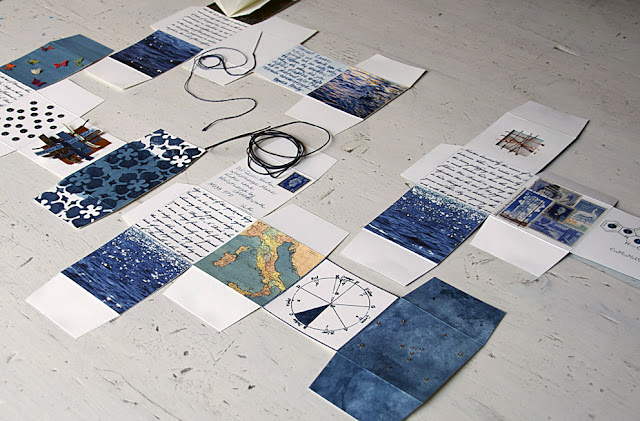 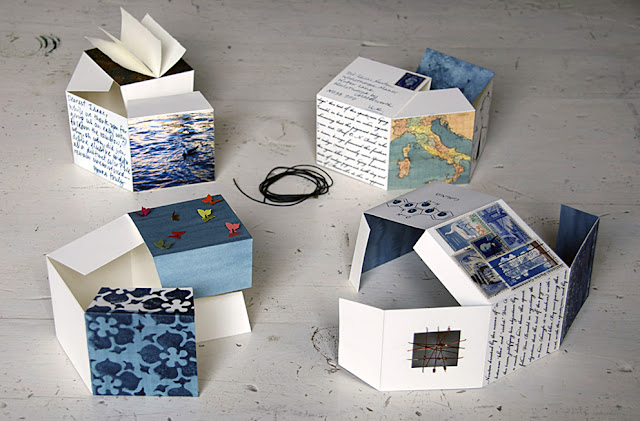 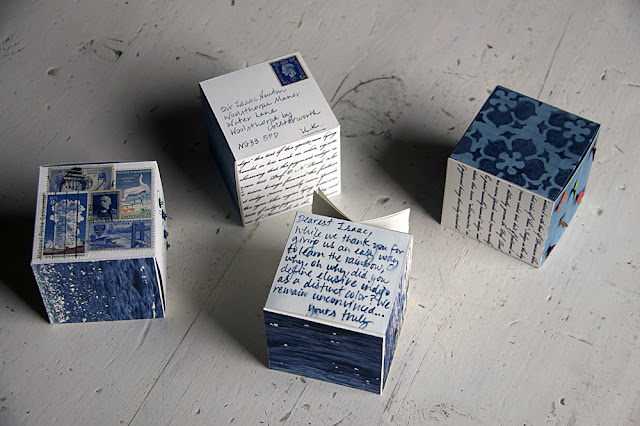 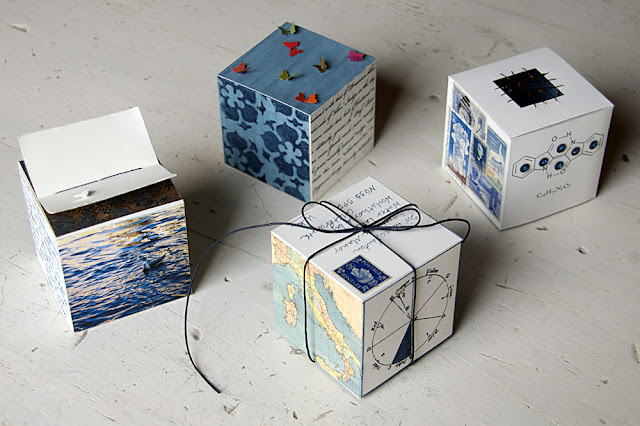 Only after taking the first few rounds of photos did I remember that part of the inspiration for choosing the cube form in the first place was in fact to continue with the theme of presenting quartets of square images (which I used for past ROY G BIV posts). So below are a few more photos showing 1) the cubes arranged to recreate the full lagoon image; 2) the text contesting Newton's status for indigo; and 3) a mixed set.

Unfortunately, I liked this concept of arranging the cubes two-by-two better in theory than in practice; because of the '3D' additions (beads, wire, butterflies, the 'book'), I needed to use spacers when displaying them like this, and the effect is not very precise—certainly not consistent with what the very idea of a 'grid' means to me! (Part of this is also because I have not permanently attached the cubes yet—hence the little bulges and gaps.)

It's always interesting to see where an idea takes you, and I must admit that I wished I'd considered more where I was going before diving in. I feel the result is very 'literal', which is where most of my creative ideas tend to begin. In some ways I wish I had taken another direction and created more of a 'palette of indigos', with different materials & media, i.e. a square watercolored with indigo, another square comprised completely of indigo sequins, one of the indigo thread, etc., instead of getting involved with butterflies and books and such. I also might have experimented with papers more; while the decision to use Fabriano Artistico was deliberate and based on quite a bit of experimentation (I like its warm white color, sturdy weight, forgiving surface/ability to accept some manhandling), I don't think it brought out the best of the watercolors in particular. All in all, though, I am happy with the experience—I'm definitely more comfortable producing cubes now, and it's always valuable to conceive a project and see how it unfolds. 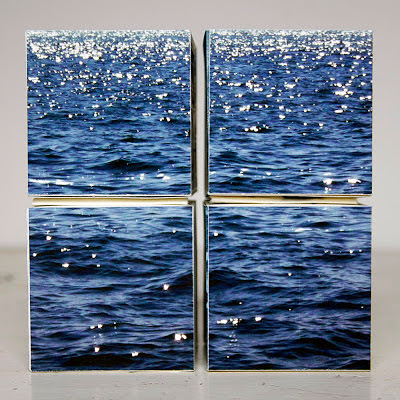 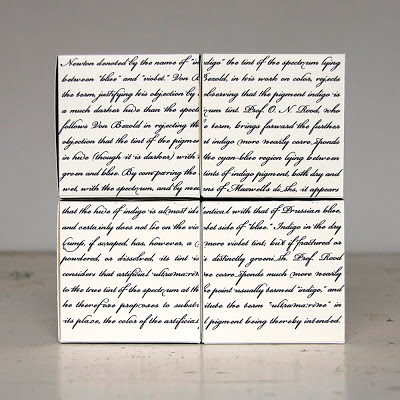 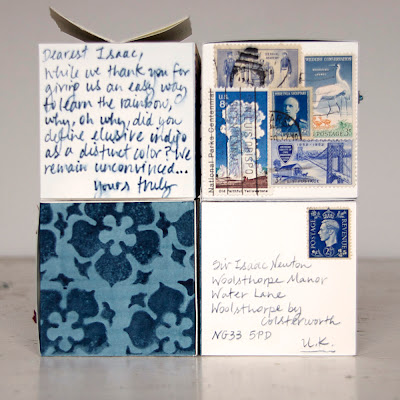 The last of these images (above) shows my favorite cube 'face'. Even with the fairly close-up shot, it's still difficult to make out the indigo interior (I painted the backside of this cube with indigo watercolors). The effect of the contrast of copper with indigo was one of my favorite discoveries along the way...


{'VIOLET', November's color, should certainly be easier to identify next month! Click here for the guidelines if you'd like to play along by posting some violet-inpired photos.}
Added at 22:08