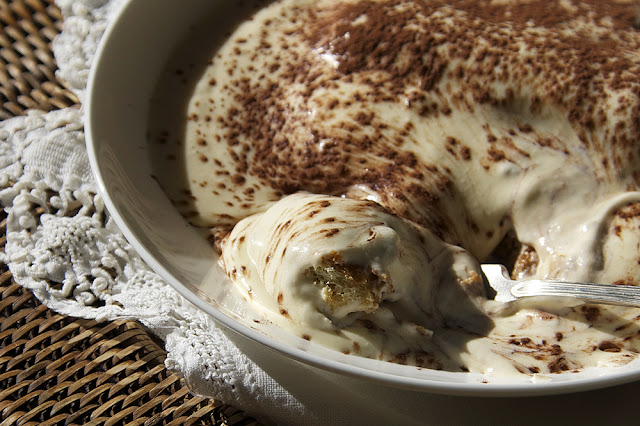 I have a love/hate relationship with the kitchen. I sometimes resent how much time I spend there because it takes me out of the studio—and once I get started, it can be hours before I'm 'free' again—yet I am attracted to ingredients & kitchen tools in the same way that I adore paper, my T-square & X-Acto knife. I love the shapes, the colors, the textures of the 'materials' found in the kitchen...curvaceous pears, the orange yolk of a fresh egg, the silkiness of '00' flour and the coarseness of hand-ground cornmeal. And there's something appealing about the rhythmic motion of dicing a crisp red onion, slicing a ruffled summer tomato or deseeding a pomegranate...about the scent released as I strip the tiny leaves from a cluster of thyme stems, zest a lemon, or crush coriander seeds with the mortar & pestle. I actually find that, once I get in there, preparing meals can be a meditative process, and am often surprised by how something on my mind can somehow resolve itself as I go about doing these kitchen tasks. And I have definitely begun to notice more overlap between the kitchen and the studio in the last several months, in part through working with my Book Art Object title, Mise en place, but also because the ingredients—especially fruits & vegetables—often inspire me to get out my camera or consider them in a creative way.

One of the elements of my '12x12' project is recipes. Last year I shared a few here, but I'm hoping to make it a more regular thing. In keeping with white being January's 'color of the month', this time I chose tiramisù—the exquisite Italian dessert that, as you may already know, derives from the words 'tirami su!', or 'pull me up!' Some say the name is attributed to the fact that the recipe contains coffee (though I don't think it's really enough to have much of an effect).

I have been wanting to make tiramisù for years. After being served the first piece of a freshly made one in a restaurant in Montepulciano last fall—and regular reminders from my daughter—we finally got ourselves organized in the New Year. I did some research into the way it's traditionally made here, and found that the ratio of egg to mascarpone is typically one egg for every 100g of mascarpone (though this can vary). I was also surprised to find that alcohol is not necessarily used; I don't generally like alcohol in desserts, so my version does not include it. A dash of something would not be out of place though...

We found some lovely artisan Savoiardi (ladyfingers), and the egg & mascarpone mixture was exquisite—though I realized only later that we'd had a little miscommunication and only put in two eggs. My daughter was thrilled when I told her I wanted to try the recipe again with more eggs. We used different biscuits (smaller & a bit more 'uniform'), and ended up needing more coffee for dipping that time. Capturing the tiramisù with the camera proved to be a challenge, partly due to the lack of natural light when I needed it, so I made it yet a third time! Initially, the mascarpone mixture wasn't quite as thick in the second & third tries, though it did firm up nicely once chilled. (Note that the photo shows a portion of tiramisù served out before it was chilled, since it would have been dark by the time it was ready.) Taste-wise, it was equally delicious each time—my point being that, whether you use two, four or five eggs, the tiramisù should be lovely!

500g mascarpone, softened a bit with a rubber spatula


Brew coffee, then pour into a shallow bowl or pan and set aside to cool.

Separate the eggs, putting the whites in a medium-sized bowl and the yolks in a large bowl.

Beat the yolks with an electric mixer (high speed) until they are creamy & pale in color; add half of the sugar and continue beating until incorporated.

With the mixer on low (or with a whisk), add the mascarpone to the yolk/sugar mixture a little at a time, gently, but thoroughly, mixing together until you have a lovely, creamy zabaione. Put the mixture in the fridge while you whip the whites.

Add a pinch of salt to the whites & whip into stiff peaks, then add the other half of the sugar and incorporate.

Gently fold the egg white mixture into your zabaione.

Now it's time to dip the Savoiardi into the coffee. Quickly do one side and then the other, placing them one at a time into your serving dish to create the first layer.

Depending on the size of your dish, you should be able to do two or three layers: dollop either half or one-third of the mascarpone mixture onto the first layer of biscuits, then then sift enough cocoa powder to cover, and repeat until the biscuits and the mascarpone mixture are used up. You may want to do the final/top sifting of cocoa when you serve the tiramisù.

Cover tightly with plastic wrap and chill for at least three hours, and even longer if you can manage to wait (the next day is best). Dust with cocoa powder before serving. Serves 8-10.

- The eggs should be as fresh as you can get, as they are not cooked.
- Savoiardi are the biscuits traditionally used here, but a simple sponge cake can also be used. The Savoiardi are like sponges, so keep this in mind as you dip them in the coffee: first the top & then the bottom, deliberately, but quickly.
- I use very fine (i.e. castor) sugar.
- Any container (or combination of containers) will work; just try out the placement of the Savoiardi first so you know how to arrange them once they've been dipped in the coffee. It's important that they fit tightly so that the biscuits don't 'escape' under the weight of the mascarpone mixture as it chills & firms up.
- You may want to experiment with just the right amount of mascarpone-mixture-to-biscuit for your own taste.


I've also heard of fruit (or other) variations, and can imagine endless possibilities. Maybe there will have to be a summer version!

{My One-Year-on Blogger drawing will be on Friday, 1 February, so please check back then if you've left a comment/sent me an email since I announced it earlier this month...and it's still not too late to 'enter'!}