Daffodils on the windowsill

Paperwhites (Narcissus papyraceus) are one of my favorite winter flowers. I love both the simplicity of their delicate white blossoms and their fragrance. While you can find them already cut & bundled into expensive little bunches, I've had a hard time finding the bulbs themselves. So when I came across a wide array of spring bulbs recently, I chose a handful labelled 'Narciso' (despite knowing that the local florists typically refer to paperwhites as 'jonquilla'), and hoped for the best. 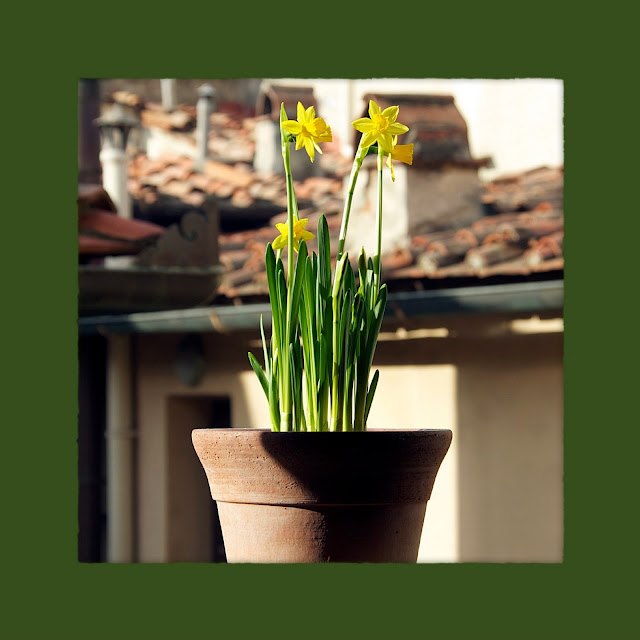 Within a few days, the first of the little blooms revealed that I had in fact bought yellow daffodils. While there is a world of difference between paperwhites and daffodils, they have done a wonderful job brightening up the studio for the last couple of weeks. There's something reassuring about watching the thin green blades taking off, growing about a centimeter a day...until the yellow-tipped ends are soon darting off every which way, like shooting stars. 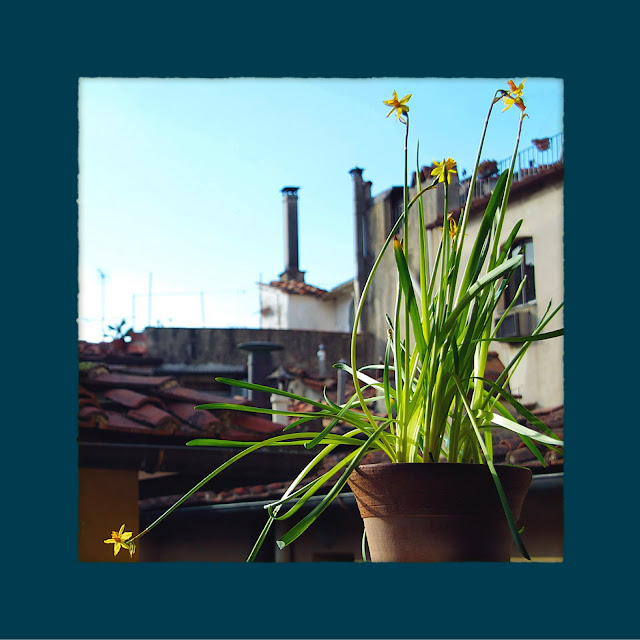 This morning I watched as yet another long stem slowly collapsed under its own weight. In their latest incarnation of unruly foliage, I realized the pots of daffodils have a lot in common with the state of my studio these days (this is not an inaccurate representation of how my brain tends to feel too, with ideas & plans taking off in all directions). Since getting back to the studio again after the holidays, my work space has grown more chaotic with each passing day. At times like these, I find myself embracing the confusion on my desk and in my head―which may be why I can appreciate the rather disheveled daffodils. When I first brought them home, they were so sweet and so pretty as, hopefully, they reached toward the light; now those formerly straight, potent stalks are full of movement and motion, and seem to have taken on a beautiful life of their own.

With a few more orders filled and sent off this weekend, now it’s time to tidy up, file away, re-assess and begin a new phase...very fitting in light of tomorrow’s new moon. I will spend some time reorganizing the studio, rescue a few just-emerged daffodil buds I spotted among the ‘exploding’ stalks (to put in a small vase), and finally get to work on the many projects that have been quietly building momentum in the wings. At the top of the list: more artist books, an alphabet-inspired challenge, and new items for PaperSynthesis. More on these soon...