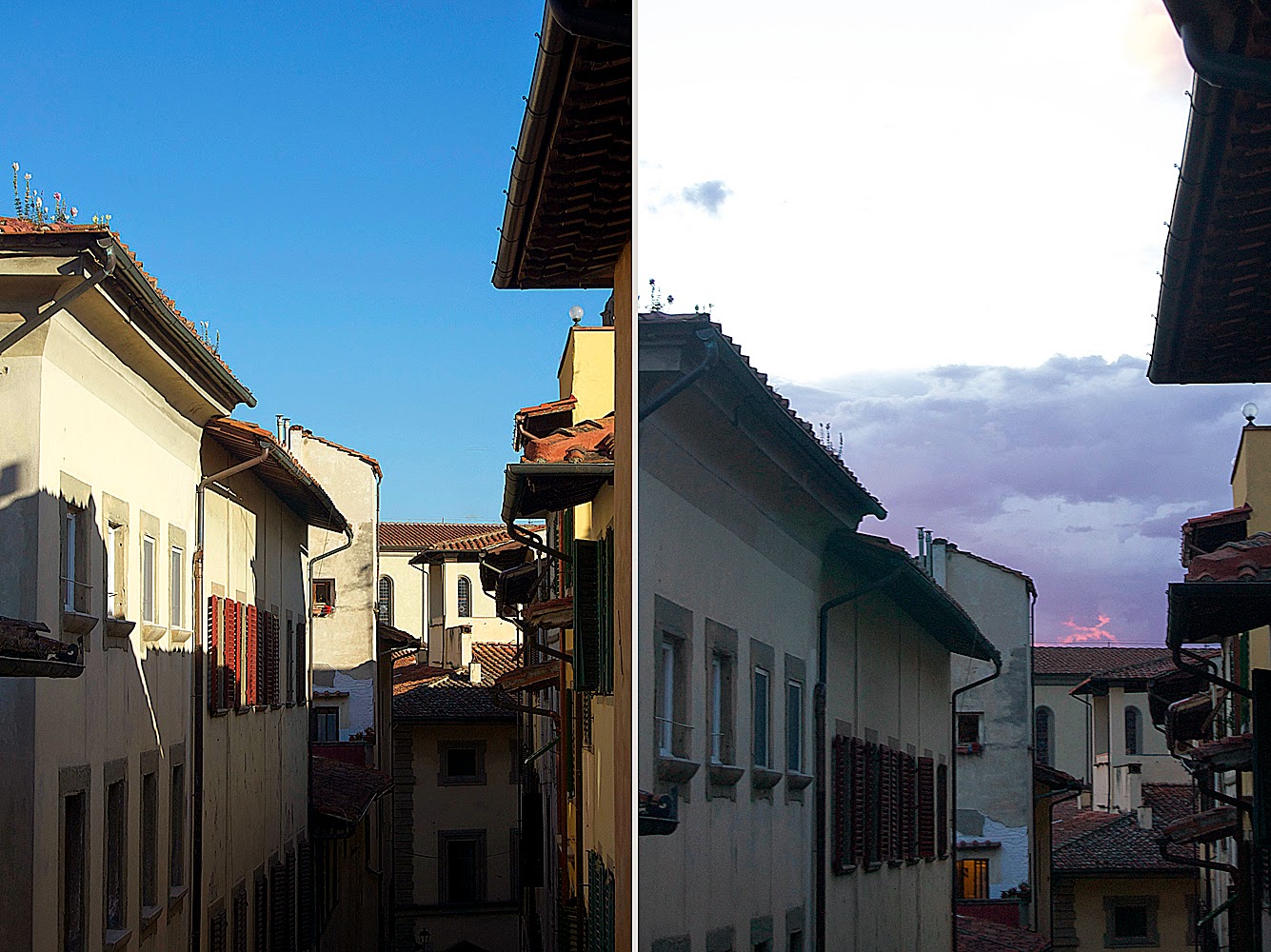 Time for some "blue," May's ROY G BIV photo challenge color. I had hoped that the Arno would have changed to blue by now, but green was still the predominant hue when I last walked cross the river a few days ago. (You will find a couple of shots of the water later in the post, though they were taken earlier in the year.)

We have been waking up to the most beautiful, deep blue skies——the kind that make you grateful to be alive——so yesterday I decided to photograph the phases of the sky as the day progressed. Not a cloud could be seen when I awoke, but before the church bells had even chimed noon, fluffy white shapes began to invade the vast blueness. All in all, there was quite a bit of action in the sky, saving this post from being a series of homogenous blue swatches.

I've organized those I've chosen (from a selection of nearly 100!) according to either contrasts or similarities.

The first pair of images (above) shows the sky as I watched my daughter leave in the morning (left), and a blush of pink at the end of a tunnel clouds at sunset (right).

Below is a mid-morning blue & a late-afternoon blue (when the sky was almost colorless in proximity to the sun). 
Fluffy white clouds that became gray as the afternoon went on... 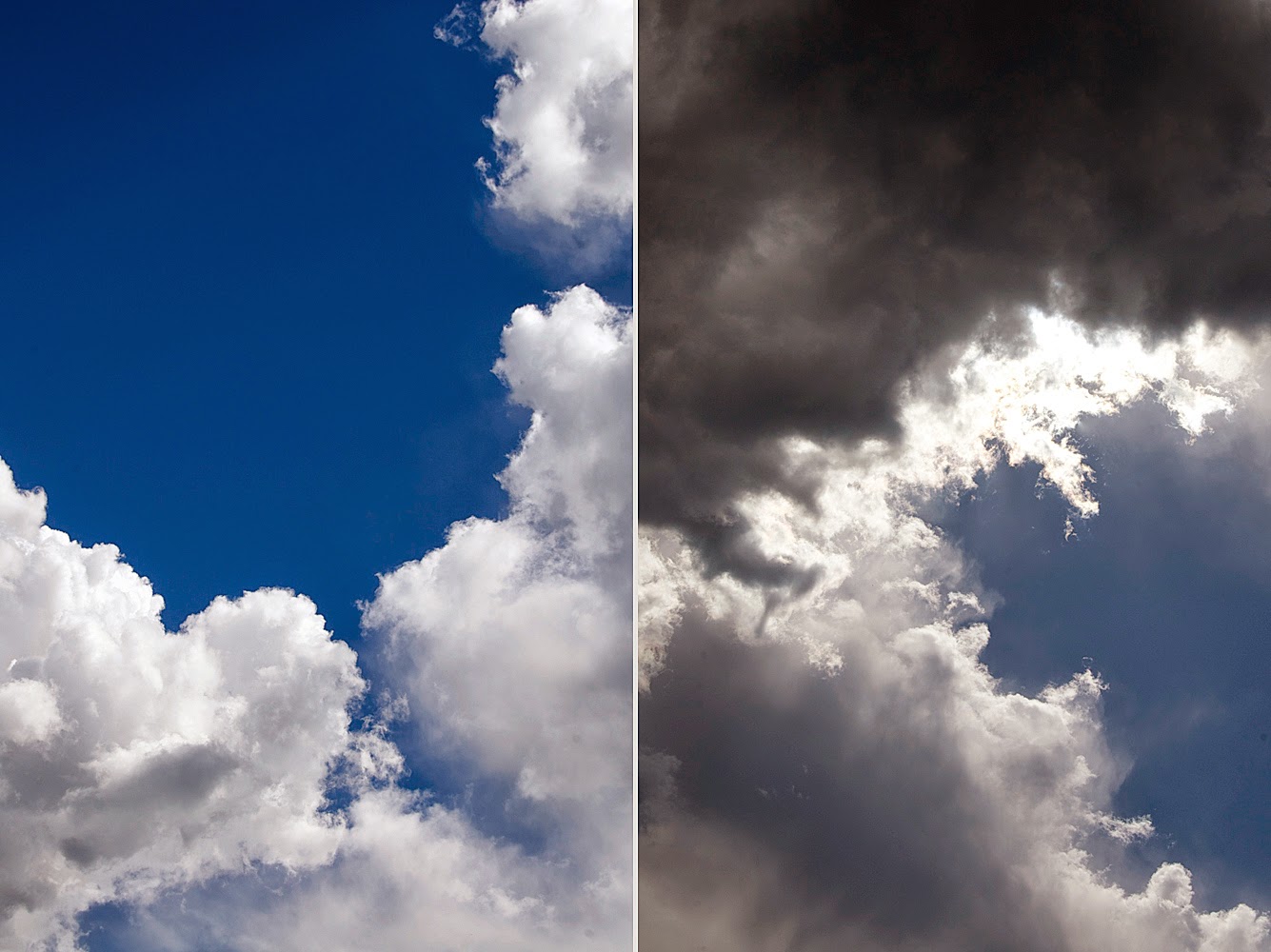 
A cloud surrounded by sky, and another one lost in a sea of gray... 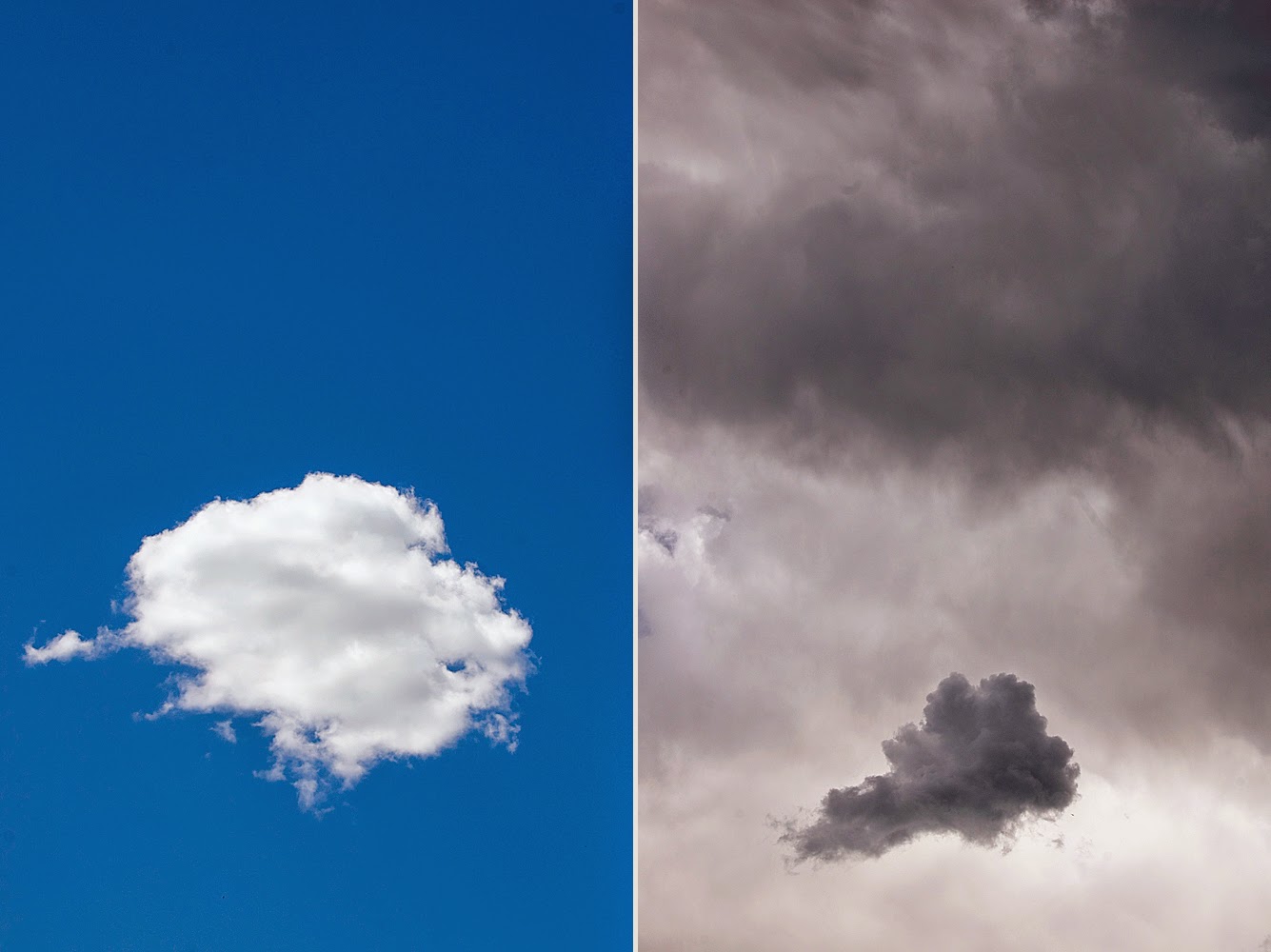 Left: Trip planning along the Atlantic. Right: The pattern of clouds in this shot reminded me of the eastern seaboard of the United States. (The four- by three-foot map of the US that we bought last year has been on the kitchen wall until recently; as the school year screeches toward summer, it has become an interactive "tablecloth," for more hands-on planning.) 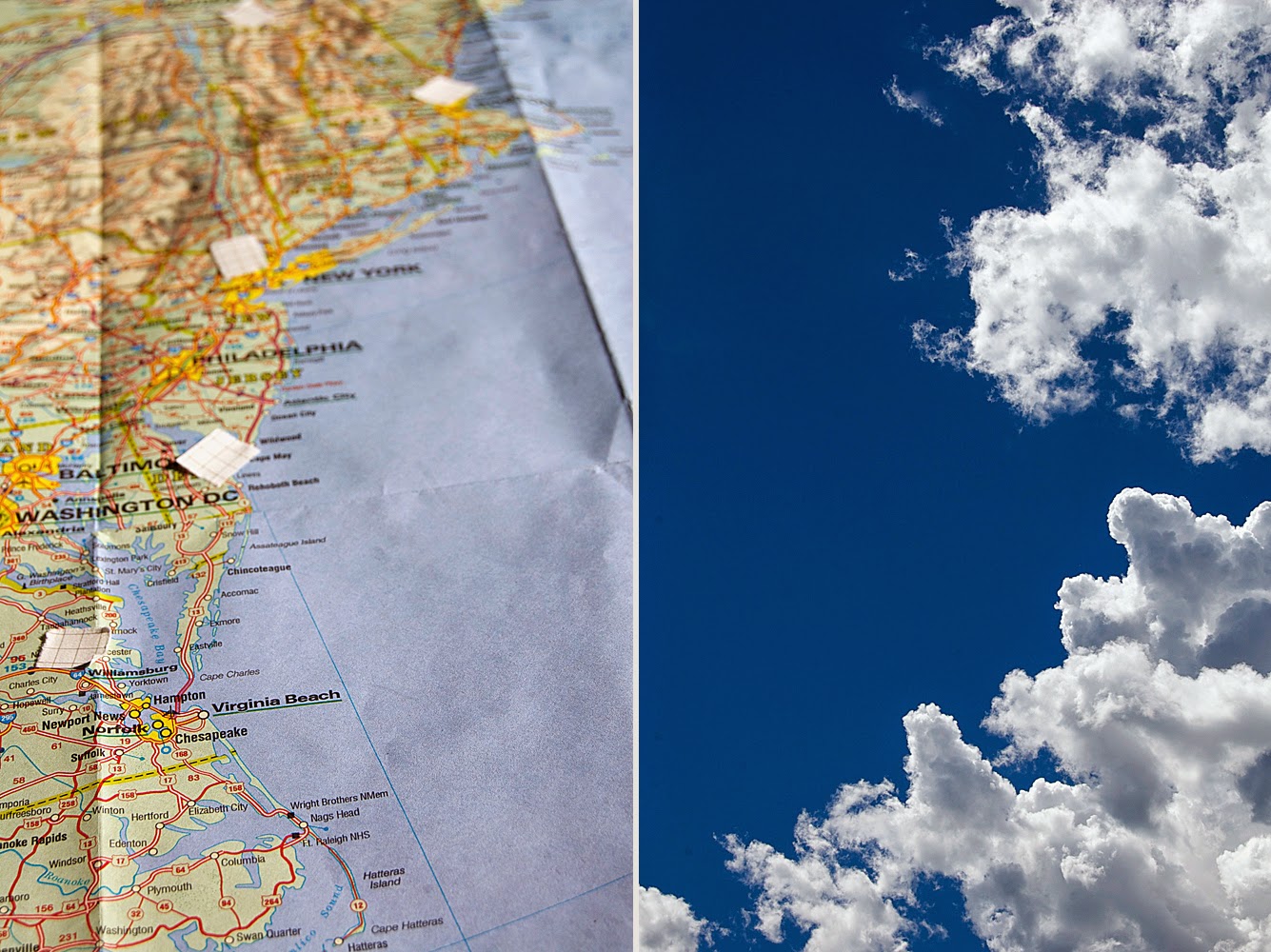 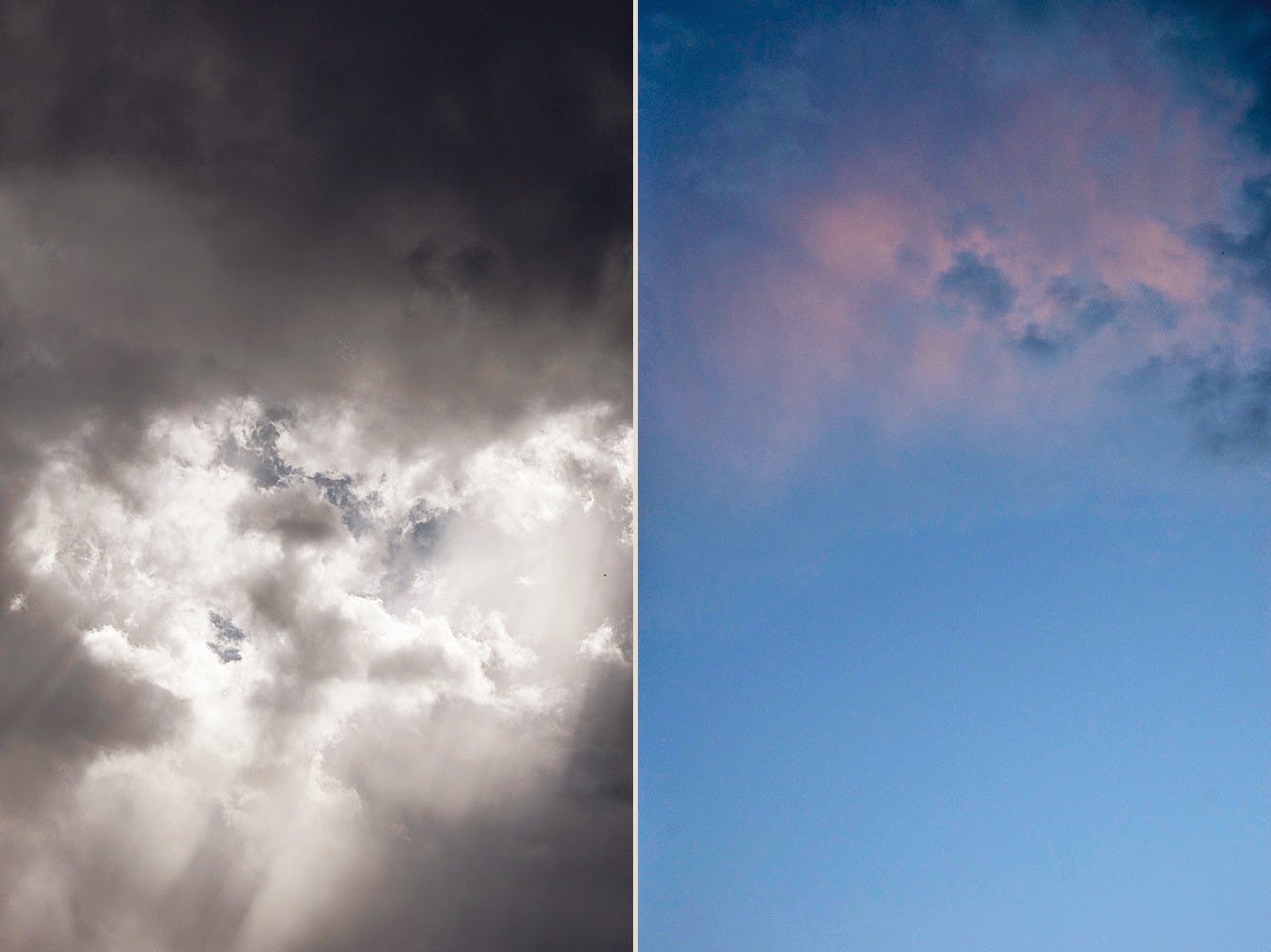 
Sunset-time, seen through one of our windows, as well as on the river (another day)... 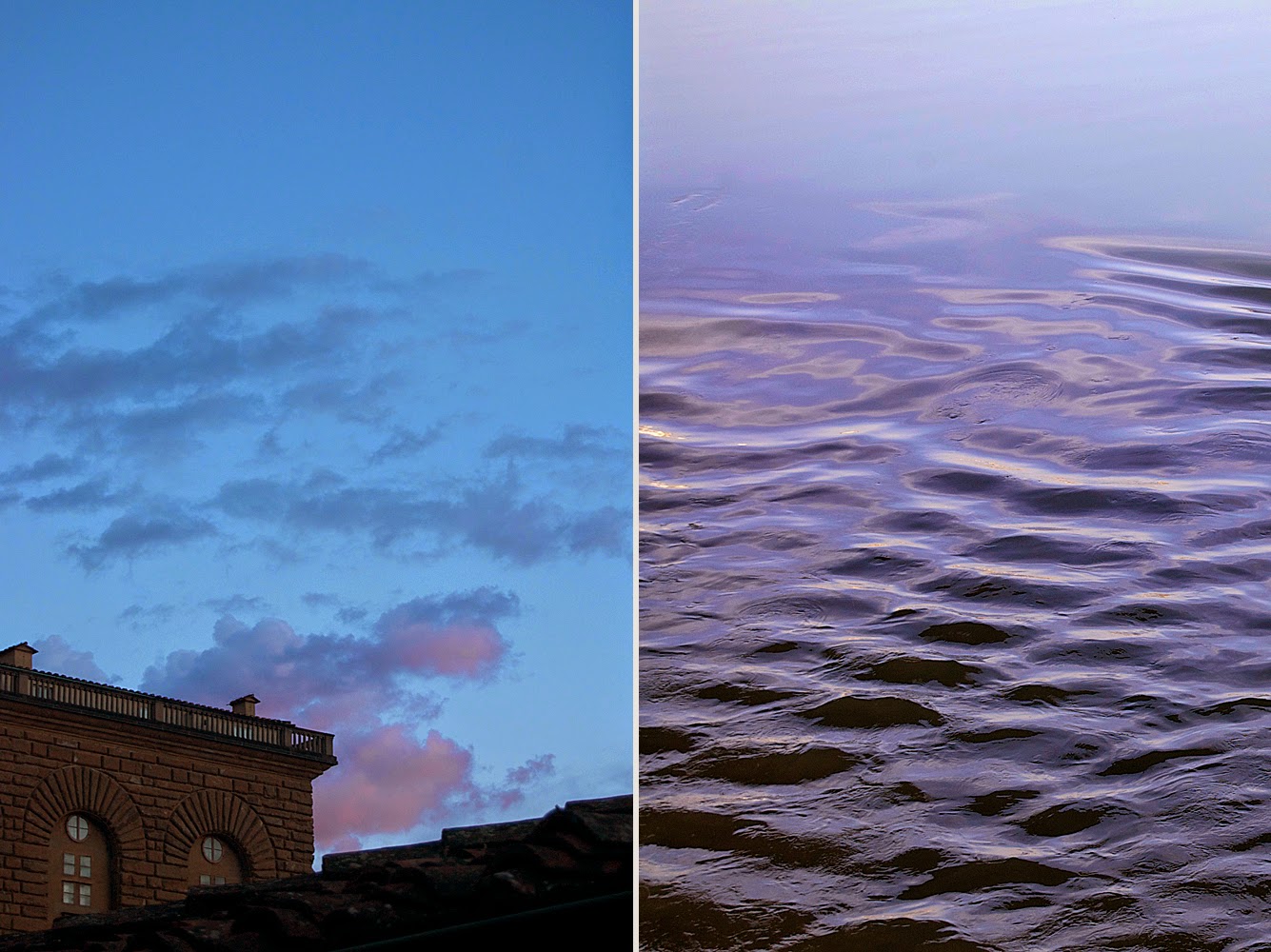 Through the large arch of the Uffizi that overlooks the Arno is a slice of sky reflecting on the water. It reminded me of the map-view of a lake (and the building's mottled reflection makes me think of terrain shown on a map)... 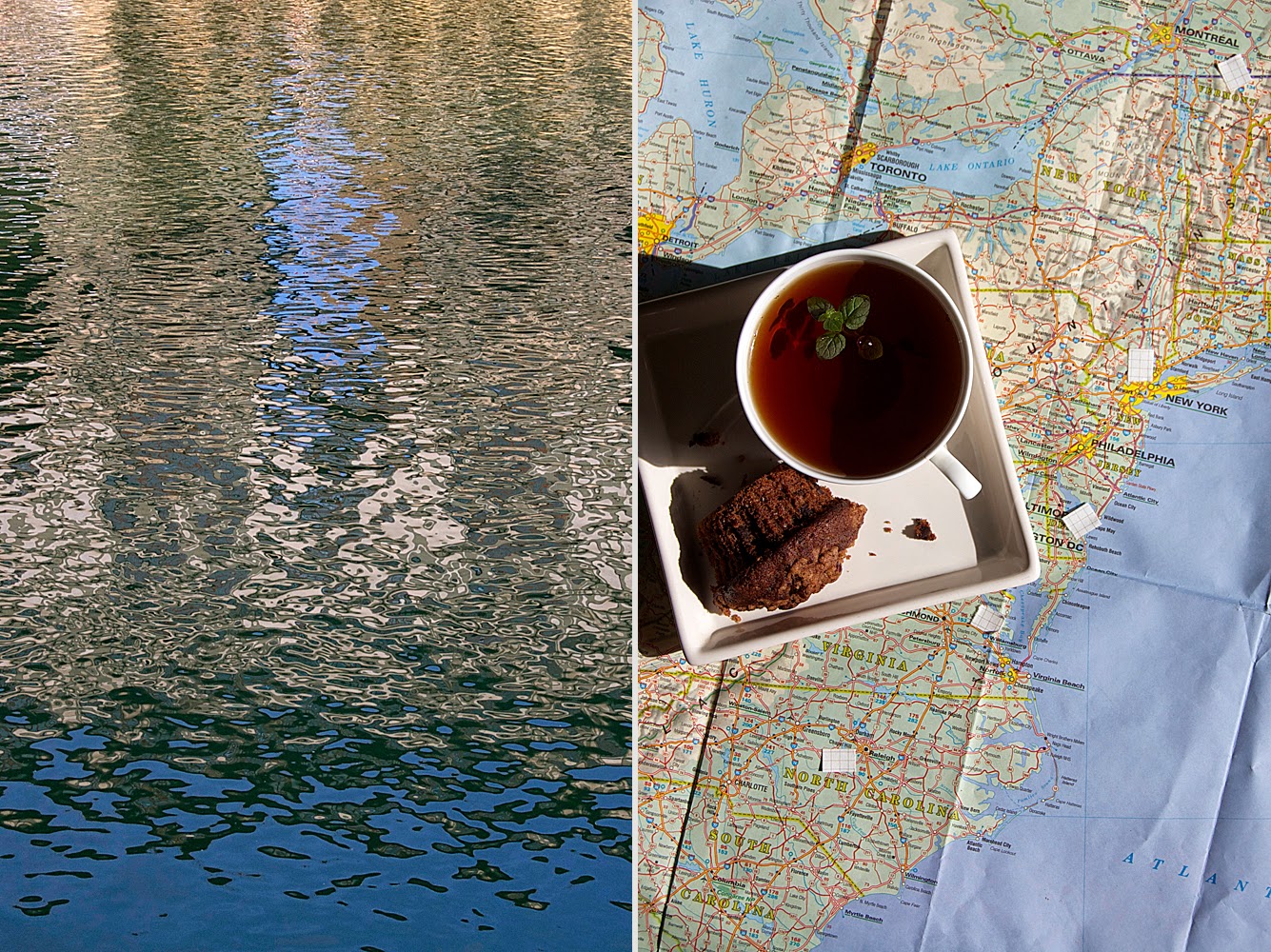 Some twilight photos would have been the perfect way to end this post, but a veil of clouds hid the usual gradations of deep blue (the shades of blue that I love) before making way for the full moon a bit later. I don't have much success with nighttime photos, so it's probably best left in our imaginations!


The ROY G BIV photo challenge was started by artists Jennifer Coyne Qudeen
& Julie Booth. Each month is devoted to a different color of the rainbow—red,
orange, yellow, green, blue, indigo & violet. All are welcome to join in
the search; June's color will be INDIGO. (Guidelines are here.)