Inspired by an orange teapot... 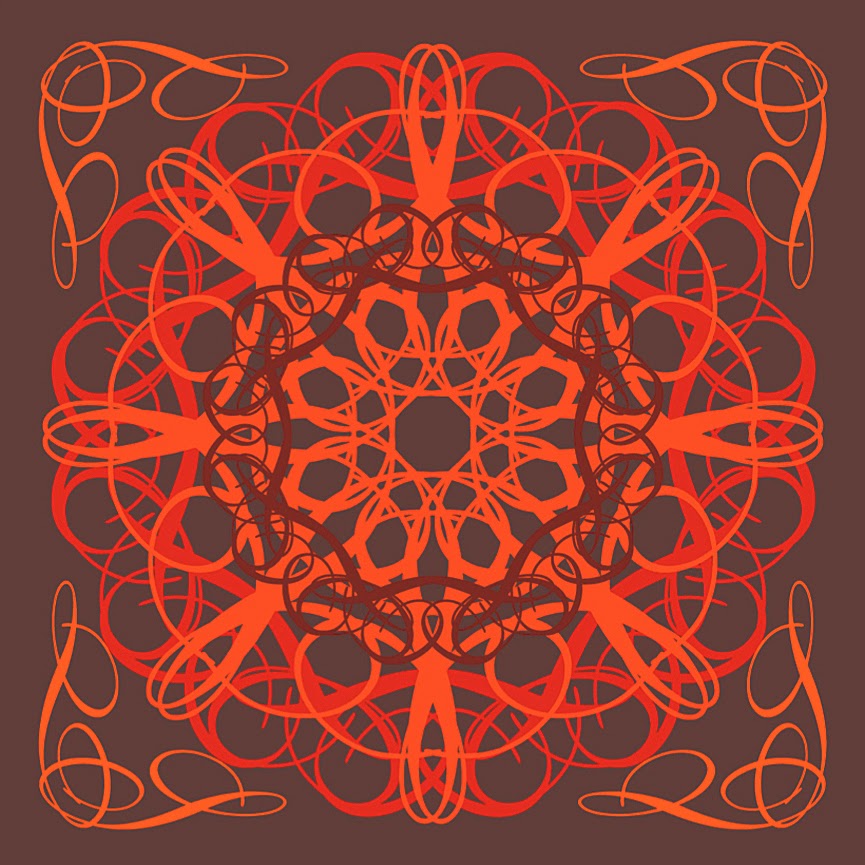 This month's color for the ROY G BIV photo challenge is orange. All week long, sun was predicted for today, so I planned my orange-themed activities/photos around the forecast—& then woke to pouring rain. As I went about my day, I continued to hold out hope that the fairly constant drizzle would eventually give way to the sunshine that was supposedly still a possibility.

I went to the plant market in search of orange freesias, but came home instead with primroses in a delightful new shade of fuchsia-y/orangish-red, an orange ranunculus & yet another clutch of Paperwhite bulbs...probably the last of the season. I baked scones (recipe here), worked on my latest letters for ALaW (described in the last post), then prepared afternoon tea (which included a custardy orange curd-cream I made yesterday). Because, you see, the plan for the orange edition of ROY G BIV all started with my new teapot—a "terracotta" Le Creuset 1.3L (which turned out to be a much sunnier shade of orange that gradually deepens to red toward the base).

I have a number of favorite tea cups & mugs, including one that's a sort of taupe color. The other day I noticed what I thought was a lovely juxtaposition with the new teapot, so I decided I would contrast orange & a touch of red with warm, deep neutrals as my starting point for the "orange"-inspired photos. Unfortunately I wasn't able to realize all that this idea entailed because of the lack of sun (my experience is that every time I take photos without sunshine I will be inclined to retake them, so I generally don't bother).

Fortunately, though, I found another path. Orange played a big role in my most recent ALaW letters (the design for the one at the top of this post, 'S', was inspired by the teapot-&-mug palette), so at least there was something to "build" from. I had also photographed a beautiful pile of clementines with leaves one sunny day earlier in the week, & then serendipitously came across a photo of some orange tulips today. I put these together with a couple of photos I took on my way home from the plant market—it turns out that Ferragamo's shop windows featured backdrops in varying shades of orange that went remarkably well with the tulips & clementines. I am always amazed how little things like this end up working out...

Scattered among the photos I've mentioned are also a couple from this drizzly, gray afternoon, which at least was cozy & cheerful in the studio. When she heard me cursing the bad lighting, my daughter suggested I post them as black & white images. In the right situation this could have been an option, but of course orange was the whole point today. In fact, considering how much orange surrounds us, orange pretty much feels like the point of every day! I can't imagine a life without orange. 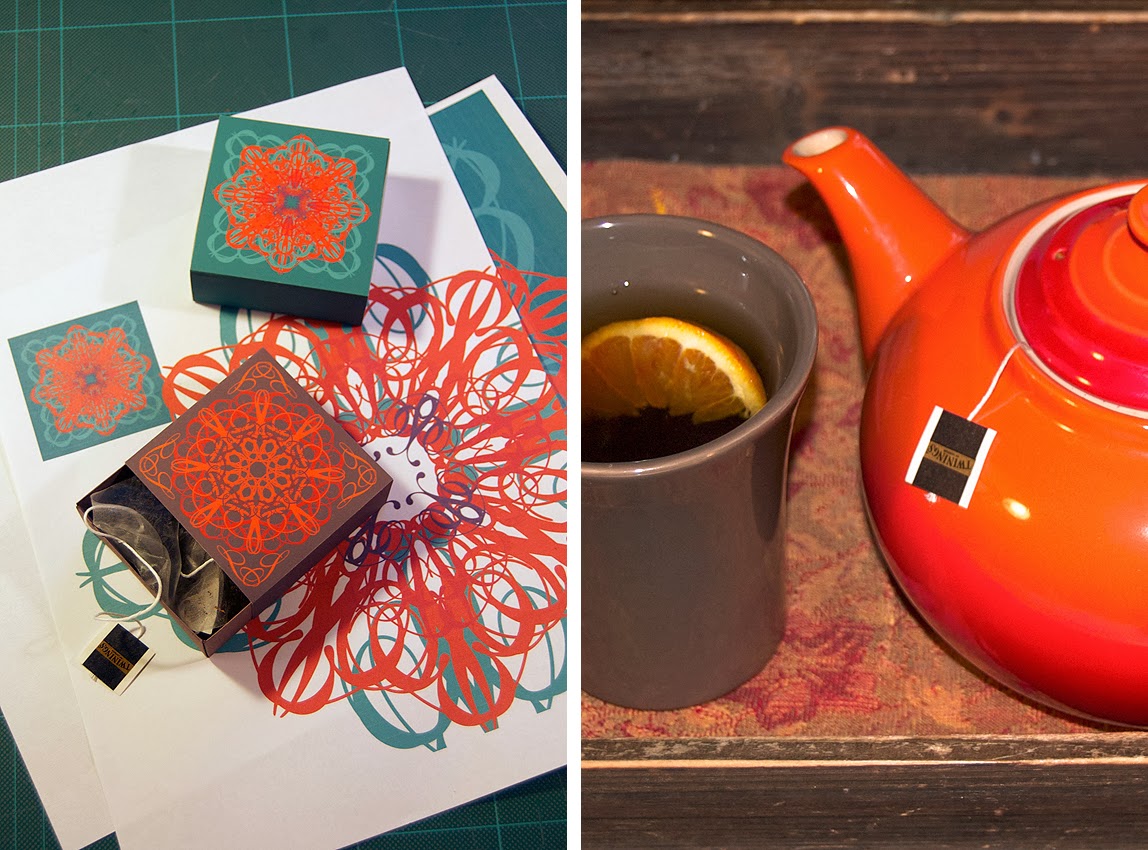 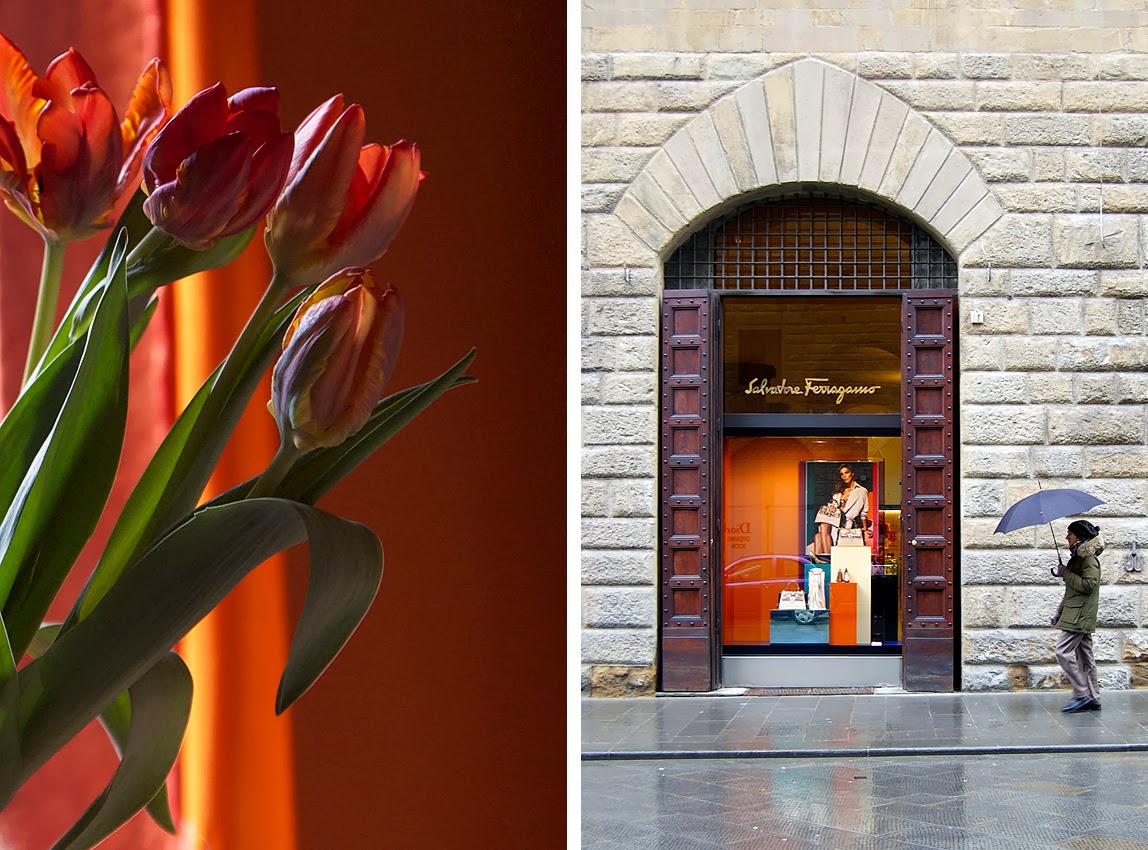 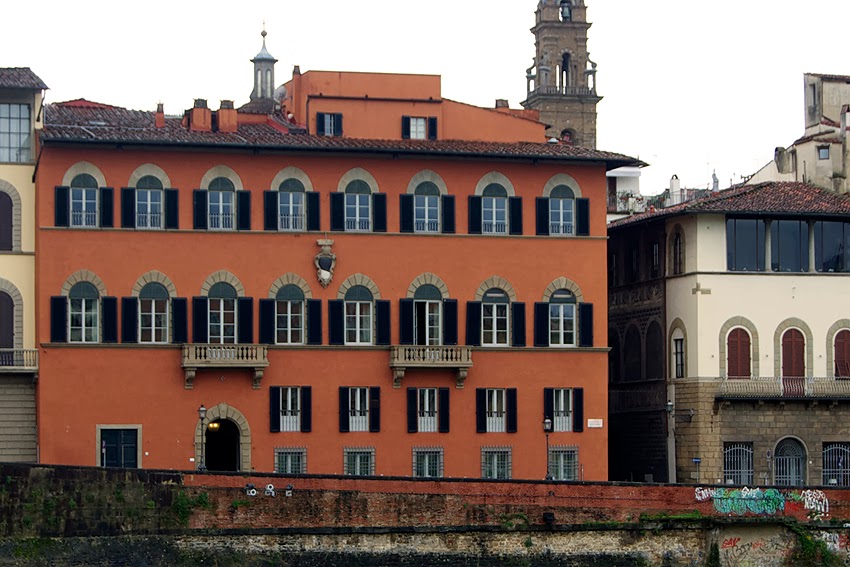 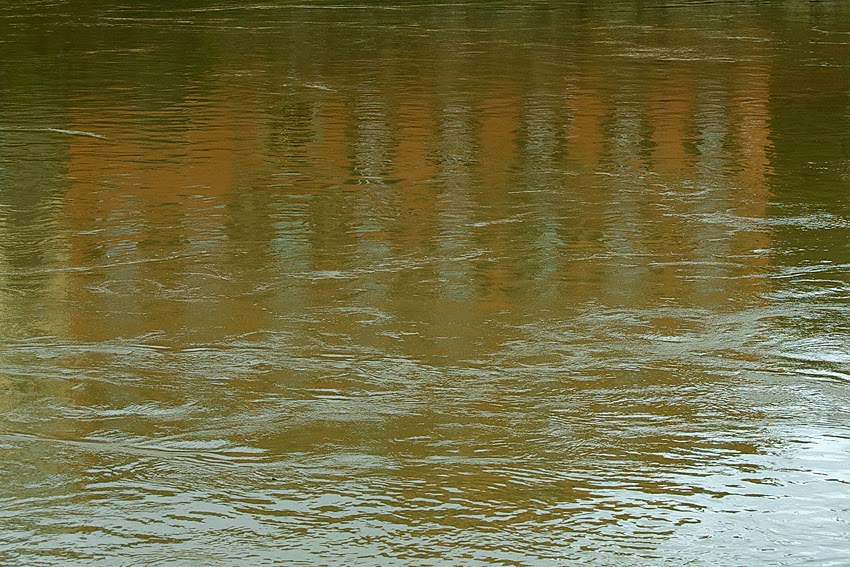 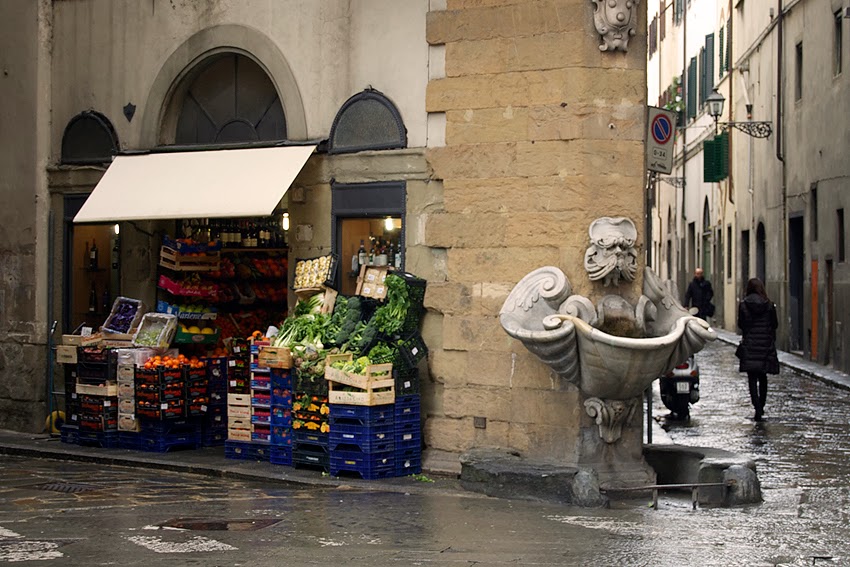 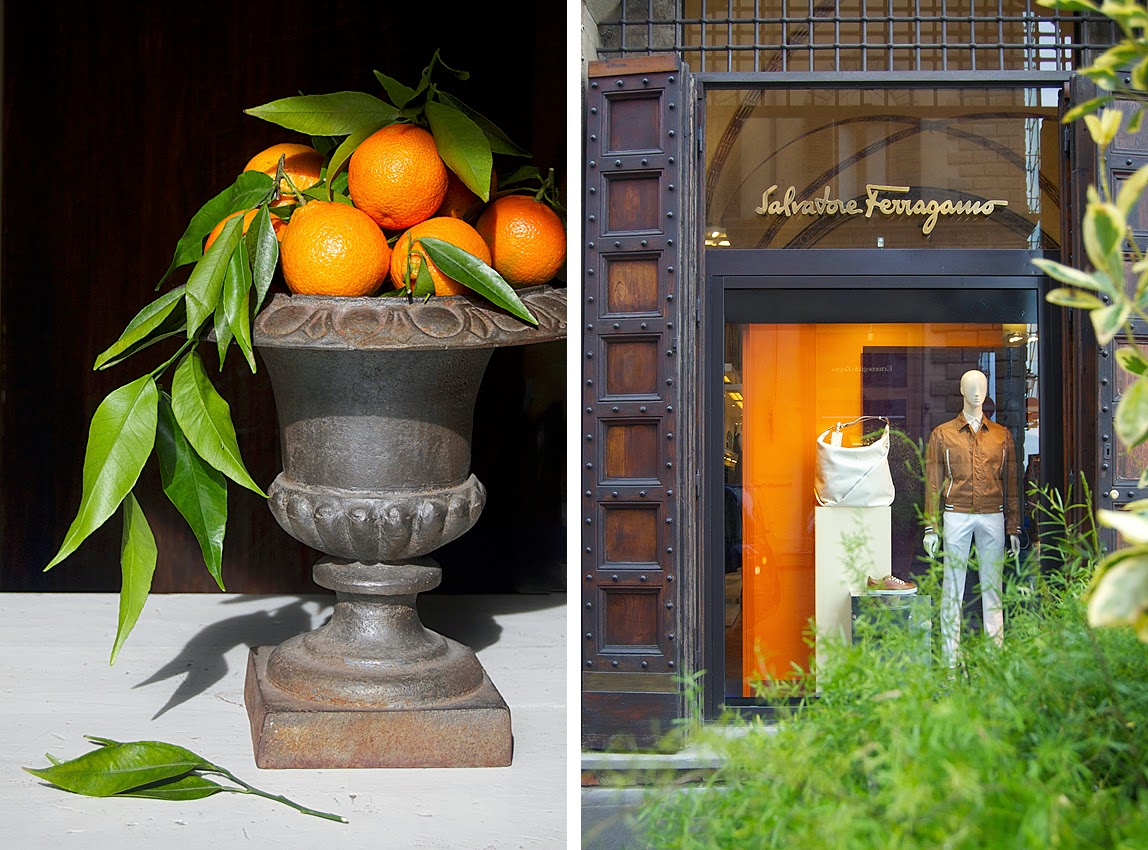 In the last post I had wondered about what I might use the little ALaW boxes for; I found that several of my lovely organza tea bags fit perfectly in the orange, red & taupe box (below). You can also see the Blood Orange & Strawberry Spread in the glass beaker in the background—& on the scone—though it came out more of a lemon-y color, which is made even more so due to the lighting. 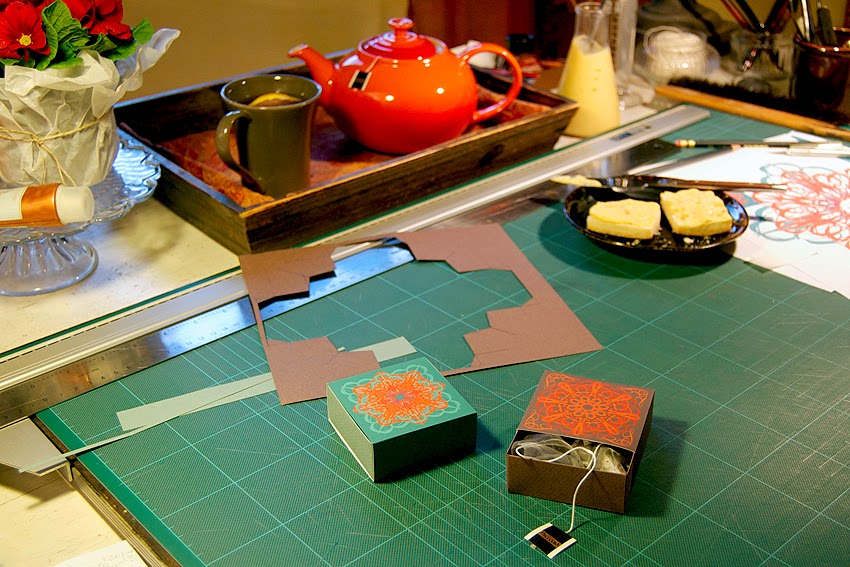 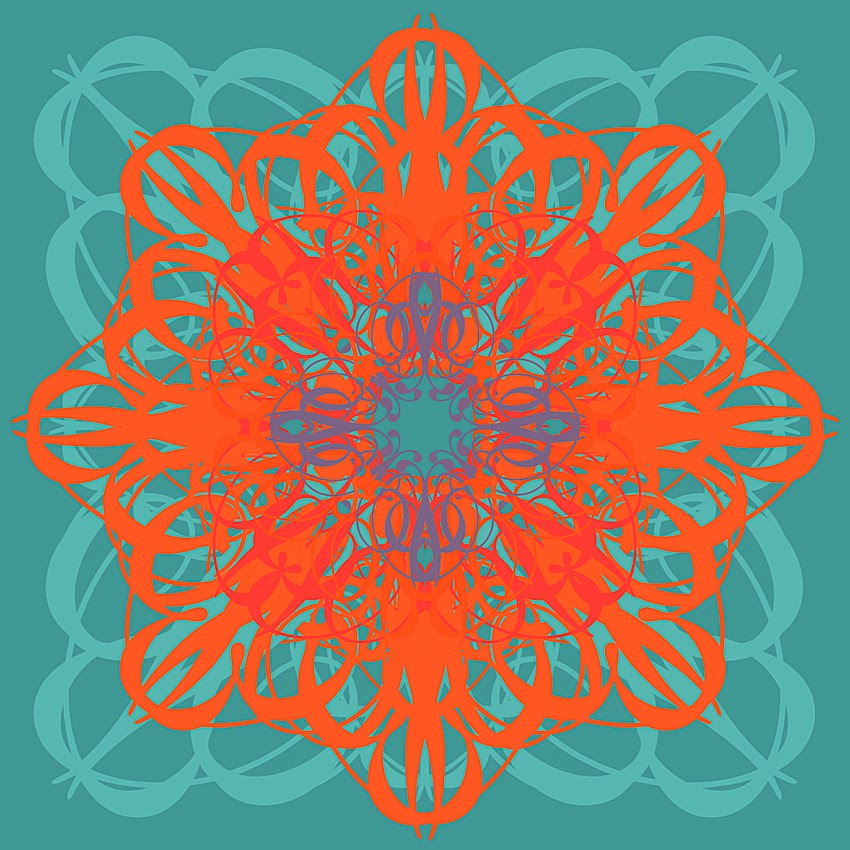 The design above was inspired by 'B'.
{More details about this project in the previous post.}

And here's the recipe for the Blood Orange & Strawberry Spread (click to enlarge). It began as a blood orange version of lemon curd—we have six kilos of tarocchi at the moment!—but because I used some whole eggs (instead of all yolks) & no lemon juice (but added strawberries), it's sweeter & more custard-y.

The ROY G BIV photo challenge was conceived by artists Jennifer Coyne Qudeen
& Julie Booth in 2012. Guidelines are here if you'd like to play along in future; March's color will be YELLOW (followed by GREEN, BLUE, INDIGO, etc.).
Added at 23:50