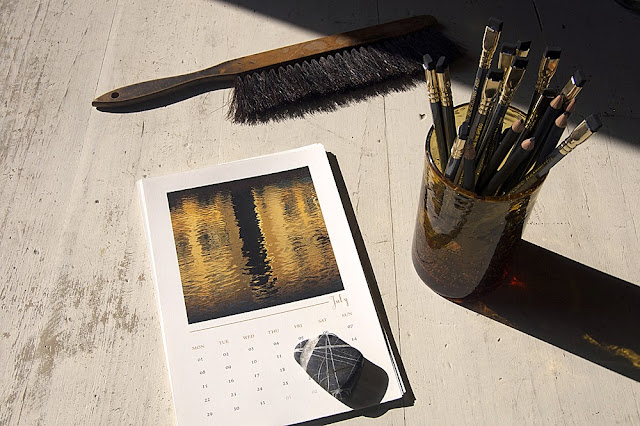 I spent a few hours at the sea recently, on my way to see my daughter drumming in the end-of-the week concert at CampRock. The train stopped in the town of Cecina, and from there I turned west and headed toward the sea. After about forty-five minutes, the Umbrella Pine-lined road brought me to the water's edge. The beaches in this area are naturally stony (though sand is sometimes brought in to complete the picture of a proper seaside), and where the water meets the land I started noticing little rocks (stones? I am never quite sure just what distinguishes one from the other) traced with intriguing white lines, some straight, others circular. As I continued along the shore, I picked up several to bring home to the studio for further study—each was unique—but it seemed ridiculous (and a bit greedy!) to take so many, so in the end I chose my favorite. It has come around with me quite a bit lately, but finally made it onto the studio table. And then onto my tea tray. And the series of photos that follows could perhaps be called 'Anatomy of a rock'. 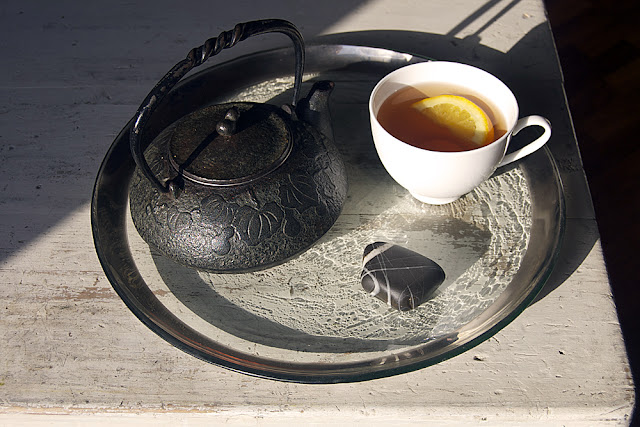 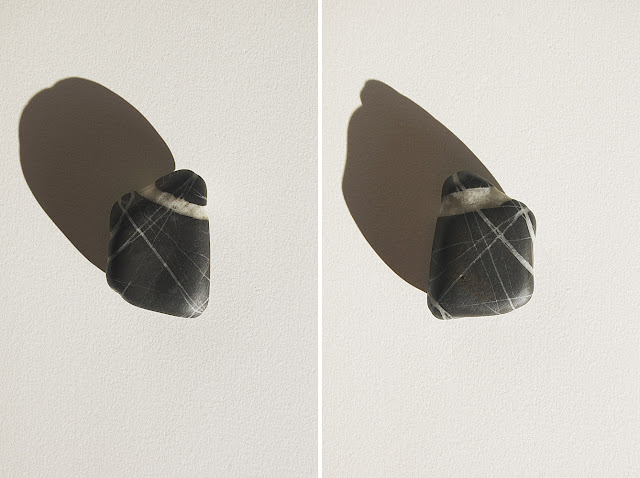 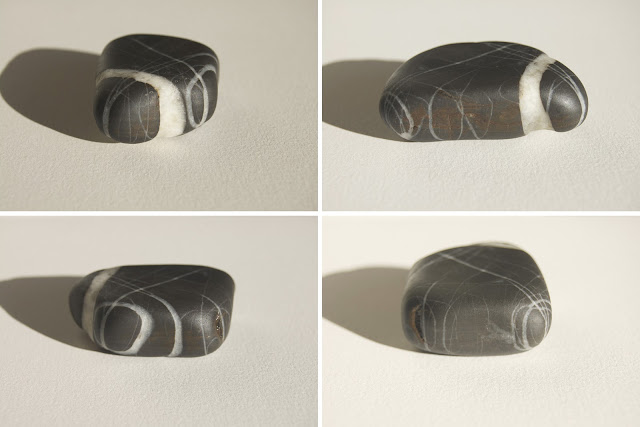 Photographing the rock's many faces led to more image-making. The deep gray called to mind that of my collection of new pencils (among them a dozen Palomino Blackwing 602s). Likewise, the Japanese tea pot on the platinum-rimmed 'tray'. And the rippled reflections of the amber glass I've been using as a pencil holder also captured my fancy (below), reminding me of July's reflection in my 'Arno Reflected' calendar (in the image at the top of the post). I love discovering these little connections between things as I go along, and it's been a while since I've had time to play around with the camera like this... 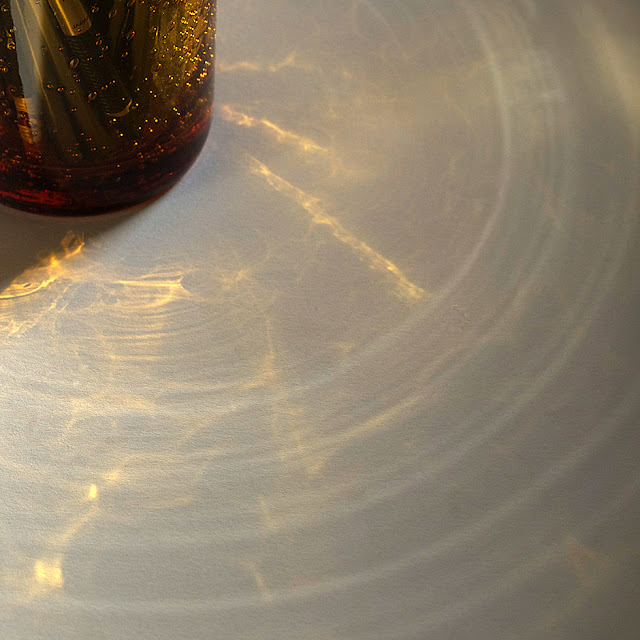 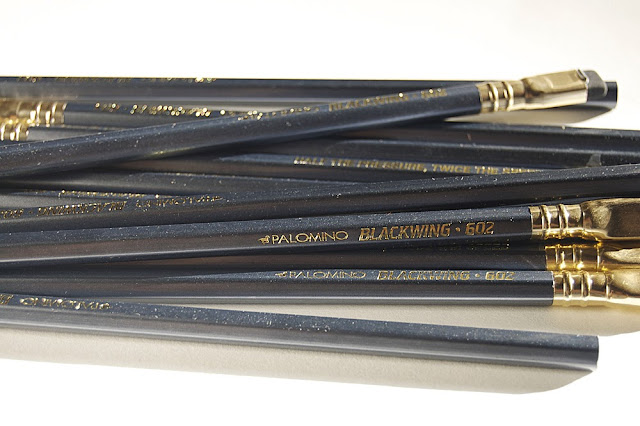 Glancing back through the last few weeks' photos, I then came across this stand of candles in Montepulciano's Cathedral. Their shape echoes the long slender Blackwing pencils, and even the golden flames seem to be mimicking the shiny gold eraser holders. 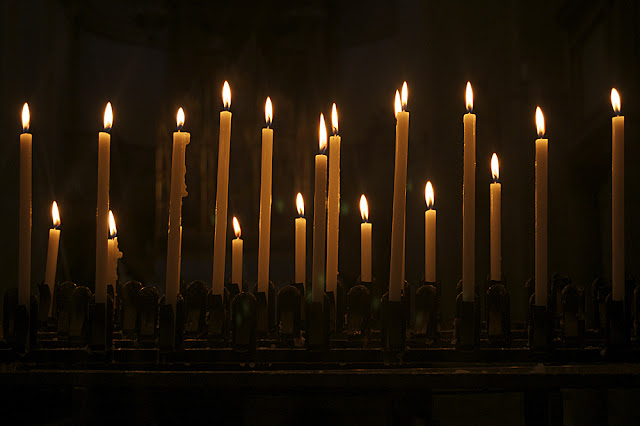 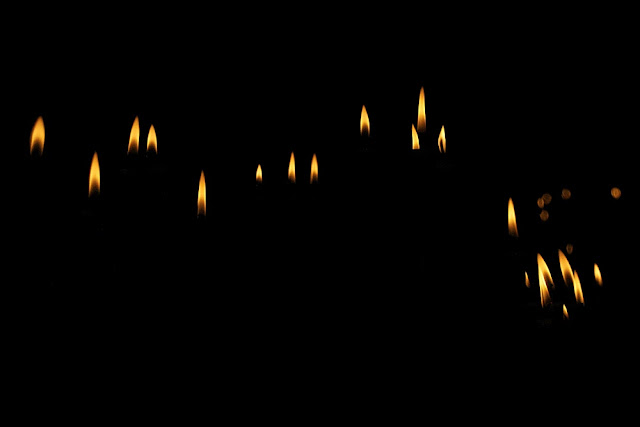 And yesterday I made a quick watercolor in indigo (still on my mind after this month's ROY G BIV challenge, mentioned in the last post). As an homage to the tradition of Batik, which I associate with the color of indigo, I'd love to explore this idea further using a wax resist technique. 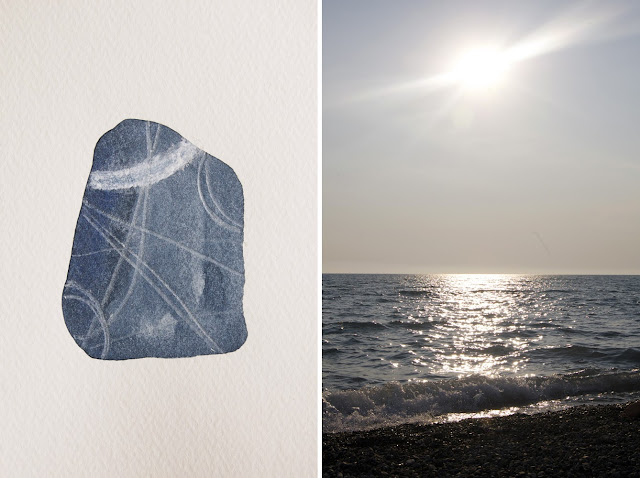 I will continue to turn over the image of my pretty rock & its pattern of crisscrossing white lines in my mind, even as my daughter & I head for a much-looked-forward-to week at the sea. This brings brings me to my word for July: wander. As we began the month, we shall end it—wandering—though this time a little closer to home...

Here's hoping that, summer or winter, you are finding joy in this season.

Below (as well as the image next to the indigo watercolor) is the sea at Cecina, upon whose shores my little rock came to rest... 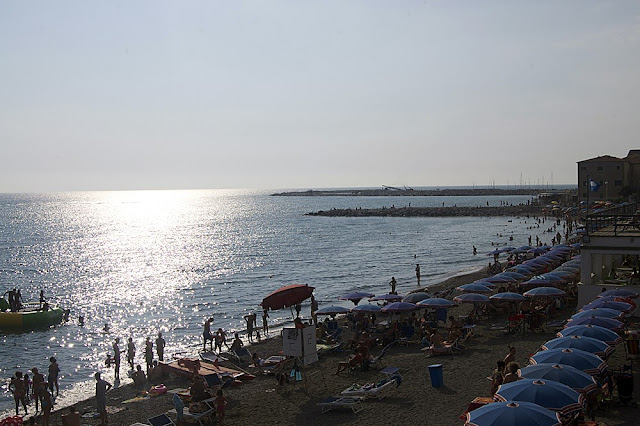