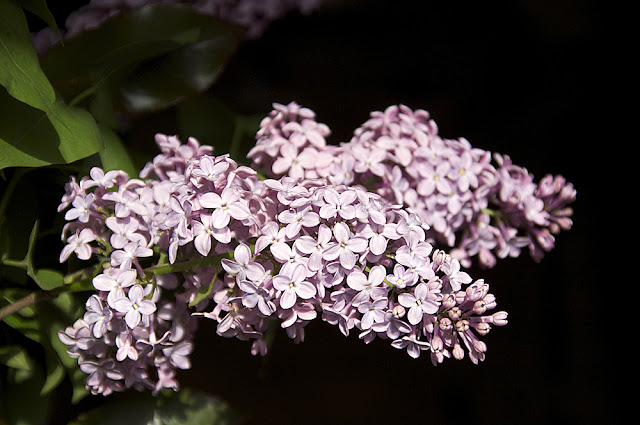 It has been a day of lovely surprises from my daughter. After dashing out in the morning, ostensibly to procure some ingredients for brunch, she returned with an armful of deliciously fragrant lilacs. Then, with the bouquet on the table next to me, I enjoyed a second coffee and the first chapters of a new novel (Glaciers, by Alexis Smith), as more good smells began to float into the living room.

First came a platter of luscious chocolate-covered strawberries (a Mother's Day tradition that she & her father began when she was yay-high, and which she has by now perfected). I had smelled good things frying, so I knew there was more to come, but I was utterly surprised to see what she brought out of the kitchen next: flower-shaped 'rings' of green & red pepper, each holding a gently cooked egg + bacon, sautéed onions & toasted slices of baguette. And glasses of freshly squeezed sanguinello orange juice (few things taste better than orange juice someone else has squeezed for you!).

In a past post I had mentioned a favorite book, A Time to Blossom by Tovah Martin, and quoted a passage about the bundles of bare branches her mother would encourage the children to collect in late winter. I love what Tovah has to say about lilacs ~

The weekend before Mother's Day, I always went shopping for a trinket for my mother. With my father or an aunt, I picked out a necklace or a bracelet that they imagined she might enjoy. But deep inside, I knew that my mother would really prefer a giant armload of lilacs. They would bring the biggest smile; they would make her eyes well up in sheer pleasure. That was why I sneaked out on Mother's Day morning, barefoot and still in my nightgown, before anyone was awake or my hair was brushed, to fetch lilacs.

Every house I have lived in has had lilacs lolling around somewhere, usually leaning against the back porch or lurking near the front door where the wind might carry the fragrance inside. They were gangly, leggy, and easily overlooked most of the year. When they weren't laden with their lavender blossoms, who noticed them? Except when they drooped in a drought or became dusted by mildew in the mugginess of high summer, they neither drew the eye nor begged for attention. The bushes lacked grace, which made you love them all the more. And their faults were easily forgiven in the flush of flowering. But most critical for my purposes was the timing. They were reliable. They'd be there on that Sunday morning—you could set your watch by it.

Even on tiptoes, I could reach only the lower branches on shrubs that stretched taller than the front porch roof. But with a little effort, I could bend some flexible branches down to retrieve the plumpest clusters. That is, until my free hand became too busy holding on to its impromptu bouquet.

And that's why I really loved lilac: because they fell naturally into a bouquet. They demanded neither skill nor dexterity to harmonize into an arrangement of luscious colors more beautiful than any florist could possibly compose. No ribbon, no tying of bows, no fumbling with filler was required. Lilacs were exquisite all alone. When that clutch of flowers was flourished with great fanfare from behind your back, your mother would smile—she would always smile, and love it.

Later I learned how to strip and smash the stems. Later I discovered how to make a lilac bouquet that would last longer than a few days of wonderful-smelling splendor. But initially, the only lilac bouquets within my capacity were incredibly evanescent. For just a couple of twilights, the aroma traveled with the fluttering of curtains from the dining room table to my bedroom. After a few days and a few lamplit evenings, the blossoms would be wilted beyond consolation. But then, nothing in spring was meant to last, least of all the lilacs.

Surrounded by sweet Mother's Day lilacs, and with the whole country seemingly in flower—plus a studio-full of projects in progress—'bloom' would be a fitting word for this month. But I'll go a step further and choose 'flourish', which I think fully captures the abundant spirit of this particular moment in time. 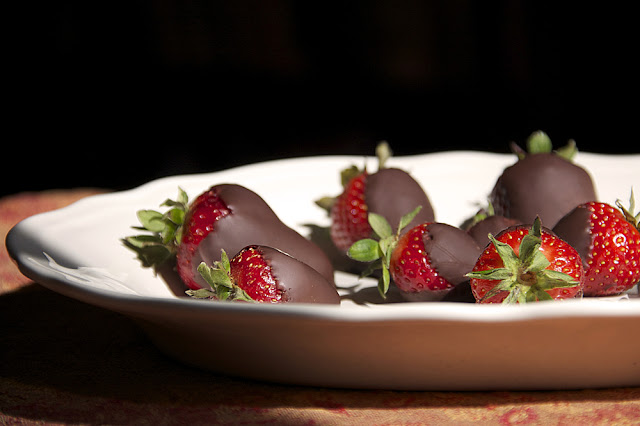 
To mothers (including my own creative, patient & loving mother), grandmothers, and all women who generously bestow their motherly warmth on those around them (plus little girls who take such good care of their dollies—I'm thinking of my thirteen-month-old niece & her first baby doll):