It's beginning to feel a lot like Christmas - Updated 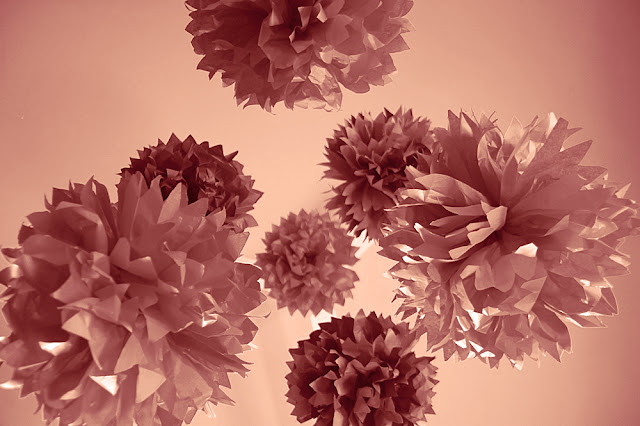 Although the calendar says it's still autumn, there is no doubt that we've already entered winter. Yesterday's steady drizzle brought a brief spell of snow flakes, and this morning we woke to clear skies that revealed snow blanketed hills north of the city. The air is bitingly cold, and smells like Christmas...and the mosquitoes finally seem to be gone. I can't believe it's already time to fare l'albero—decorate the tree—a ritual observed on the eighth of December in Italy. Coinciding with the Feast of the Immaculate Conception, this reminds me, once again, of how traditions/schedules are so often organized around the religious calendar. 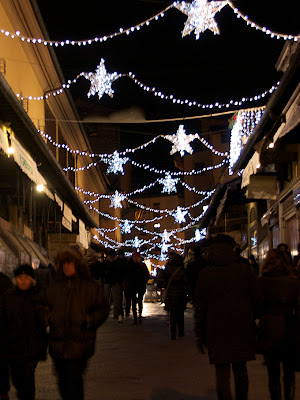 Before assembling our 'tree' (shown in the image at the top of this post—looking up from underneath...it's very difficult to photograph—you can read here about its 'conception' last December), my daughter and I went out to get some apple juice so we could make spiced cider tonight. Walking around Florence may be chilly at this time of year, but the cheerful decorations make even a simple outing feel magical. I brought along my camera, hoping to photograph some of the streets strung with lights, but the 'fresh' battery I thought I'd put in was in fact so low on charge that I only managed to get two pictures before it quit (above is Ponte Vecchio, and below the cathedral). At least they will remind me of our fun walk under the lights, complete with a few dozen random snow flakes (especially surprising since the stars were still visible!). 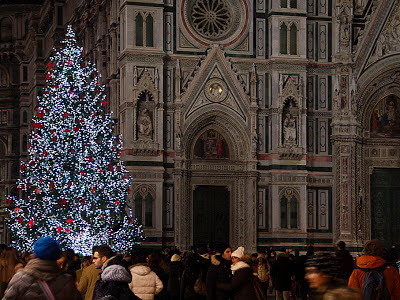 I have been busy in the studio, tying up loose ends for some of the year's many projects—including a couple of 2013 calendars. Below are a few images of my Rose Garden-inspired calendar, which will be in my online shop in the coming week now! It's been hard to get decent photos of the things I've been working on since there's been little sun lately—even on days when there is sunshine, it reaches into the studio for just a few hours. Thankfully the days will start getting 'longer' in a mere couple of weeks...though I must admit that I'm finally starting to remember just how wonderful December in Florence can be... 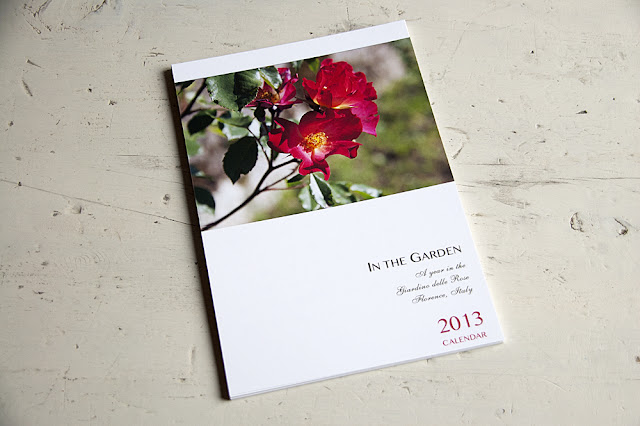 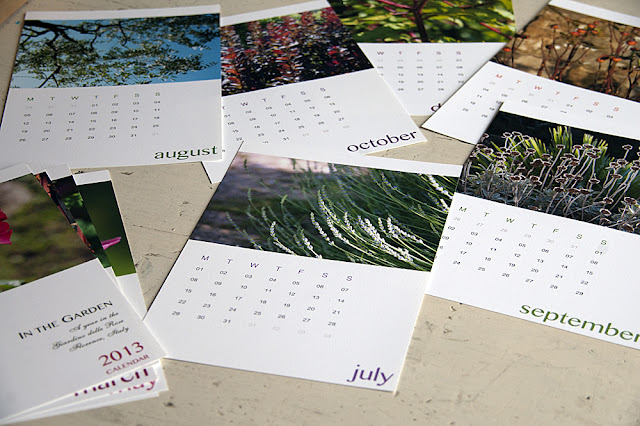