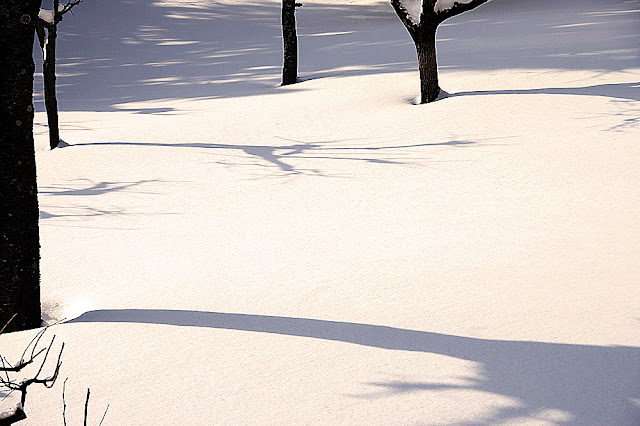 My daughter and I decided to retreat to my parents' little house in Montepulciano last weekend. Since the recent predictions for snow have resulted in little more than flurries in Florence, we were completely unprepared for what we found as the bus ventured deeper into Tuscany. I've seen picturesque photos of Tuscany blanketed with snow, but this is the first time I have witnessed the landscape in classic winter mode. I have always been struck by the beauty of the underlying structure that reveals itself in winter, when the fields and vineyards are bare, but this was something else altogether. I would have loved to photograph this rare variation of a journey I have repeated dozens of times over the years, but the bus windows were shockingly filthy, so I settled for trying to absorb the new atmosphere: quiet, muted...white.

With its highest point at 605 meters above sea level, the little hilltop town of Montepulciano had already gotten a fair share of fluffy white snow, and it was snowing again upon our late-afternoon arrival. Not properly outfitted for the conditions, and laden with our six different bits & pieces of 'luggage' (including my daughter's guitar), we were counting on being able to take the little shuttle up the steep hill to the house. But we learned that the snow and ice had put it out of commission for the next few days, so we faced the steep Corso, which winds it way slowly up the hill, on foot. Everything was closed, and we met only a handful of people along the way. It felt like a cross between a winter wonderland and ghost town as we drew closer to the house, where we found the water in the toilet had frozen, the olive oil had solidified and the warmest room was five degrees Celsius!


But how magical to spend the weekend surrounded by snow in a thousand shades of white.

Favorite things: a fire blazing in the wood-burning stove + vegetable soup simmering in the kitchen + mugs of hot chocolate + reading late into the night

With the snow we made: snowcream (with snow/milk/cream/sugar - remarkably similar to ice cream)
+ coffee granite (snow/espresso/milk/sugar topped with a thick layer of fresh cream)
+ snow angels + a snowgirl

It continued to snow for the next twenty-four+ hours, but Sunday dawned bright and blue-skied, casting purple shadows on expanses of sparkly snow. Many of the images from this snowy weekend will remain forever confined to my mind, but a lovely sunshiny walk finally gave me the chance to record some scenes of the town and the valley. Below is a small selection... 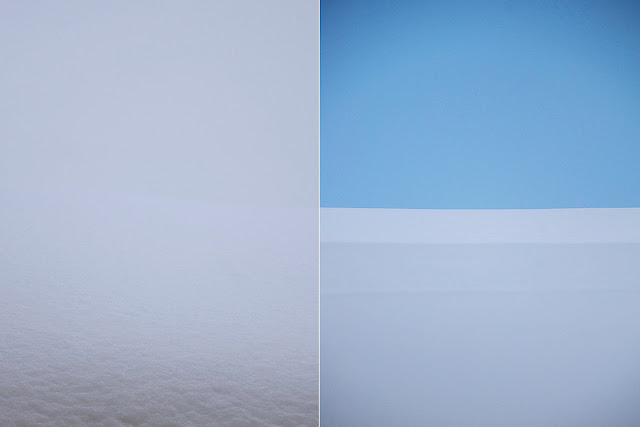 The line between the snowy rooftops and the white sky was nearly indistinguishable for the first two days (you can just make it out running horizontally in the middle of the left image). When the sun came out the sky and the multiple levels of snow-covered roofs were broken into distinct swathes of blue & white (right image). 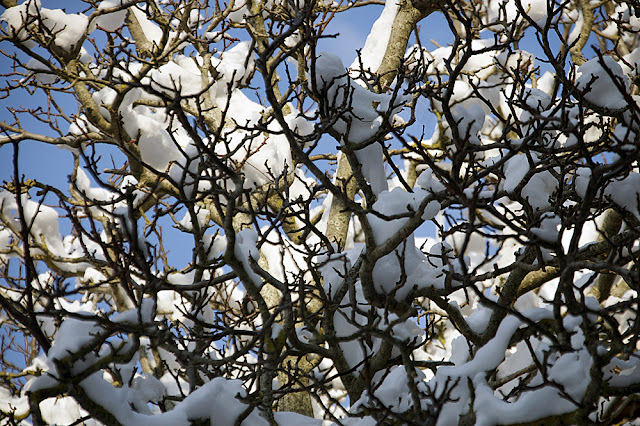 The striking web of branches of this tree was still cradling the snow a couple of days later, and had managed to keep the wind from blowing it away. 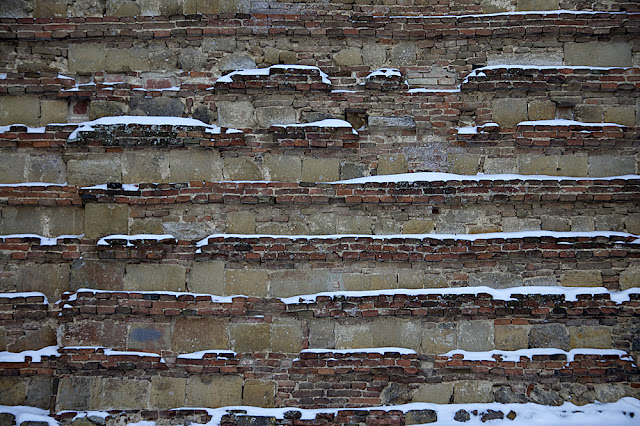 The alternating rows of bricks & stone on the Cathedral's still-unfinished façade create little 'shelves', which are delineated by the snow resting on them. 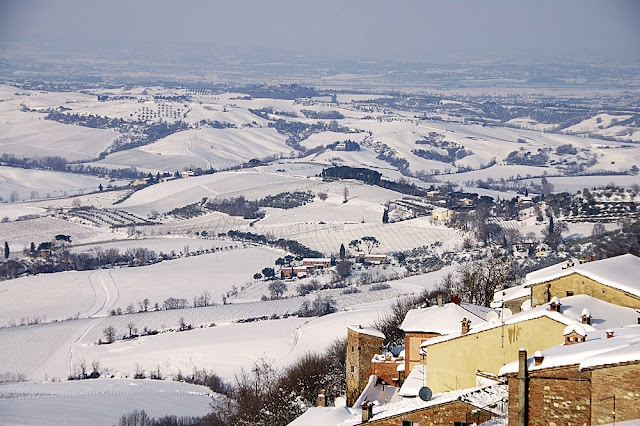 The colors of the valley below Montepulciano change with the seasons, but white is unusual (except when a thick sea of fog envelops it). 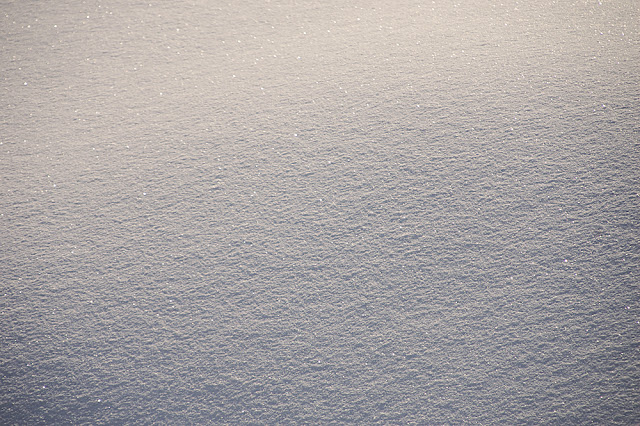 I loved how the snow sparkled in the sun. It has been such a long time since I've seen so much snow, and had a chance to observe how it changes over the course of a day, and from one day to the next. I had forgotten how many shades of snow there are... 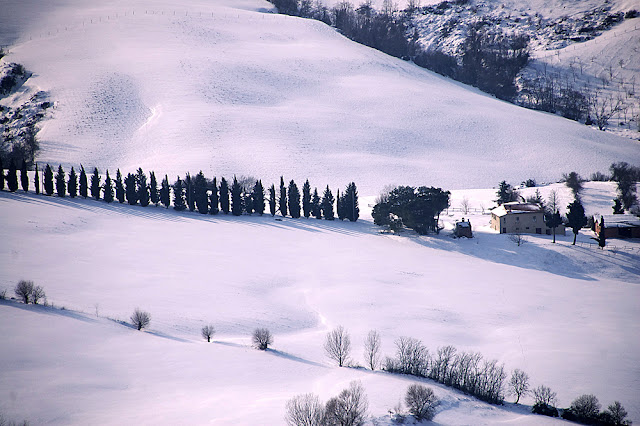 The landscape took on a very different character under the blanket of snow, which created a stark contrast compared to the usual palette of verdant greens and rich golds & browns.

{To read a past Arzigogolare entry about the journey to Montepulciano, please follow this link.}
Added at 13:28